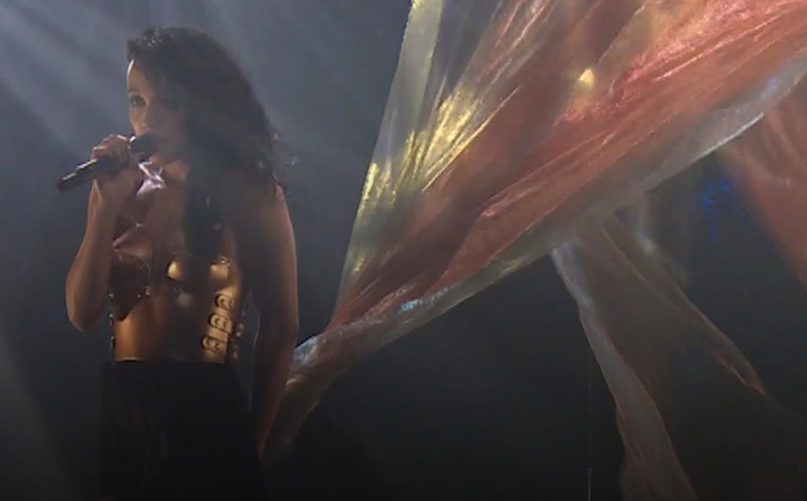 FKA twigs may have lost out on the Mercury Prize to a Scottish hip-hop group, but the alt R&B singer still proved to be one of the year’s breakout stars thanks to her stellar debut album, LP1, and thrilling festival performances to boot. On Tuesday, she continued her ascension to pop stardom by making her US TV debut on The Tonight Show Starring Jimmy Fallon. There, she delivered a dazzling performance of “Two Weeks”, complete with an impressive light show and “air fabrics.” Watch below.

Next up for twigs is her first-ever US headlining tour. She just wrapped her European leg and her Fallon appearance marked the first stop on her US jaunt. She’ll play DC’s historic 9:30 Club on November 6th and then strike out for a 15-stop trek. See her full itinerary here.