Is an Oysterhead reunion in the works? Stewart Copeland says supergroup is interested 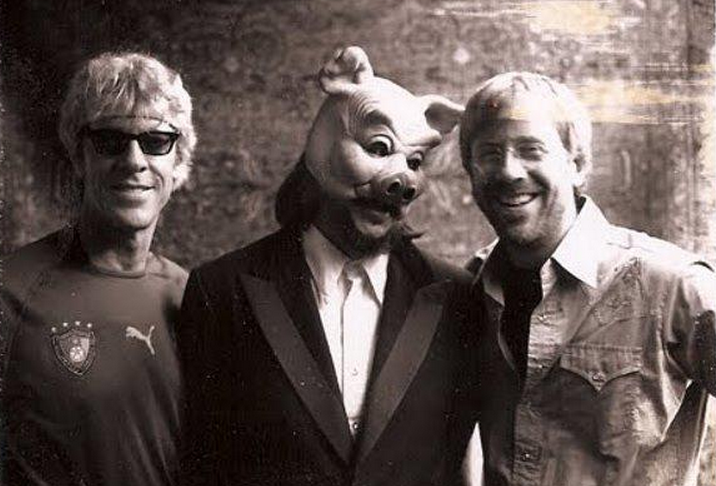 Oysterhead has had a curious little history. The supergroup, which features The Police’s Stewart Copeland, Primus frontman Les Claypool, and Trey Anastasio of Phish, originally came together for a one-off performance at the 2000 New Orleans Jazz Fest. The group went on to release just one record, 2001’s The Grand Pecking Order, which they followed with a short tour before calling it quits the same year. Aside from a couple more one-off performances in 2006, the trio has stayed largely busy with its day jobs.

In a recent interview with Radio.com, Copeland broached the topic of the band. While nothing is confirmed, he noted that a reunion is something all parties involved are at least interested in. Copeland explains:

We haven’t actually all been in the same room at the same time for quite a while. I saw Trey not too long ago, I see Les all the time, and we all say, ‘Yeah, we’re gonna do it, we’re gonna do it!’ And we all love the idea, but the two other guys have working bands. I’ve got what I’m doing, but I’m probably a lot more available than they are. But when a hole in both of their schedules emerges, we’ll probably do something. I’d like to get both of them over here to the Sacred Grove, just to do a Sacred Grove track just for a start.

Hopefully Copeland will find a away to sneak into his bandmates’ schedules. Presumably Claypool is keeping busy playing Willy Wonka behind Primus’ latest record, while Phish is at-work on its own streaming service.

Below, watch Oysterhead perform at Bonnaroo in 2006.