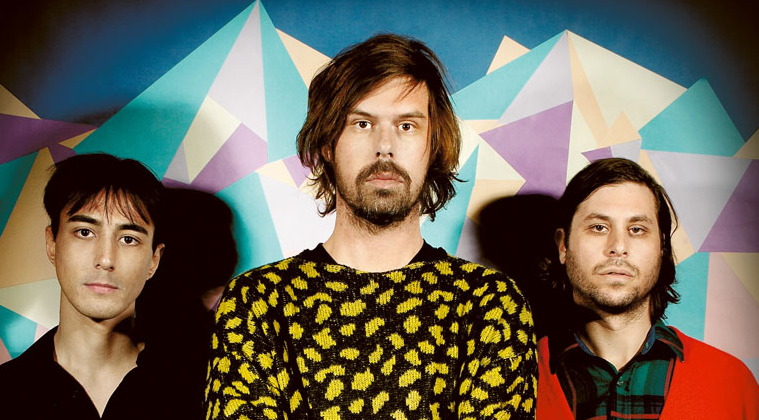 Last week, Liars shared an apocalyptic remix of their very own Mess single “I’m No Gold”. Now, the experimental rockers return with a pair of new songs, “Poison Bender” and “At The Mercy Of Her Mind”.

Although both tracks explore typical Liars territory — a blurry, oftentimes chaotic landscape inhabited by rock, EDM, psychedelic rock, pop, and nearly everything in between — they do so in very different ways. Filled with beguiling vocals and ghostly billows of synths, “At The Mercy Of Her Mind” sounds like a Radiohead outtake reimagined as an eerie seance incantation.

“Poison Bender”, meanwhile, reads as an acid trip in full, technicolor bloom — if we’re sticking with the Radiohead comparison, simply think of Thom Yorke jamming with Tame Impala in front of a huge kaleidoscopic IMAX screen. Between its dizzying harmonies and syrupy, drone-like pulse, it’s nearly impossible not to feel as though Liars are about to swallow your brain whole.

Listen to both tracks below.

“At The Mercy Of Her Mind”:

“Poison Bender” and “At The Mercy Of Her Mind” appear on the “I’m No Gold” single bundle, due out this week via Mute. It includes the aforementioned Liars self-remix, as well as reworkings by Daniel Miller and Nest Of Teens.