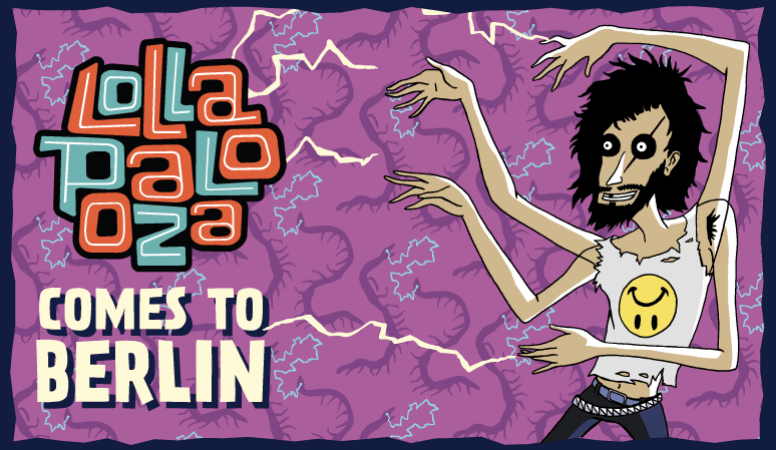 Over the last half decade, Lollapalooza has expanded from its home base in Chicago and launched offshoot festivals in Brazil, Chile, and Argentina. An Israeli version of Lollapalooza was also planned but later scrapped over security reasons, and a Toronto version has been rumored, but for the festival’s latest expansion, organizers are looking toward Europe.

Marc Geiger, head of William Morris Endeavor’s music division, said in a statement: “We have very carefully considered bringing our festival to Europe and frankly, were intimidated by the rich festival history Europe has had for 50 years. Berlin feels like it is ready to explode as a city and cultural center and we want to be there to grow with the city.”

Melvin Benn, Managing Director of Festival Republic, added: “Over two decades since its inception, Lollapalooza is more than ready to break new ground and bring the experience to new audiences, offering not just music, but fashion, food, plus an environmental awareness that is so important in the future of music festivals.  Working with C3 and Melt! Booking to bring the Lollapalooza brand to Europe gives me great pleasure in not only building upon my relationship with these global partners but allows me to return to the iconic Templehof site in September.”

Additional details, including the artist lineup and ticket info, will be announced at a later date. Meanwhile, Lollapalooza’s South American festivals will take place over three consecutive weekends during the month of March: Lollapalooza Chile in Santiago from March 14th and 15th, Lollapalooza Argentina in Buenos Aires from March 21st and 22nd, and Lollapalooza Brazil in Sao Paulo from March 28th and 29th. Jack White, Robert Plant, and Foster the People are among the rumored acts playing.