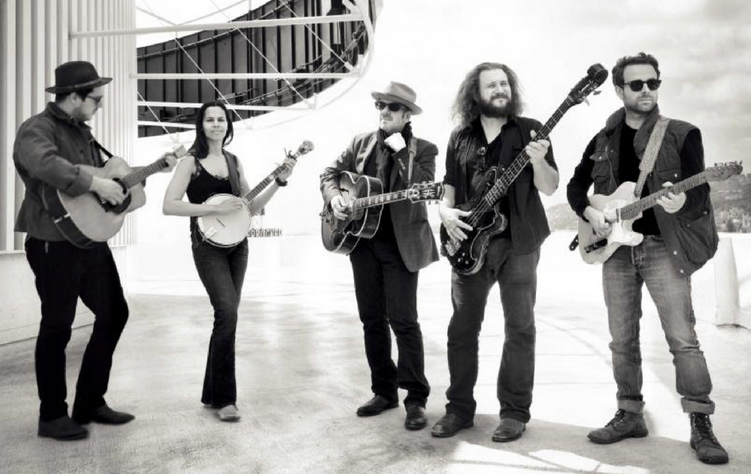 An all-star contingency of folk rockers recently convened to create music for two dozen newly discovered lyrics written by Bob Dylan. Ahead of its November 11th release date via Electromagnetic Recordings/Harvest Records, Lost on the River: The New Basement Tapes is streaming in full over at iTunes Radio.

The 15-track collection is the culmination of two-plus weeks of studio time by My Morning Jacket’s Jim James, Mumford and Sons’ Marcus Mumford, Elvis Costello, Dawes’ Taylor Goldsmith, Carolina Chocolate Drops’ Rhiannon Giddens, and super producer T-Bone Burnett. (Johnny Depp also stopped by for a brief session.) The lyrics date back to 1967, taken from the same period that spurred the recording of Dylan’s iconic Basement Tapes.

“What transpired during those two weeks was amazing for all of us,” Burnett said in a press release. “There was a deep well of generosity and support in the studio at all times, which reflected the tremendous trust and generosity shown by Bob in sharing these lyrics with us in the first place.”

(Read: Another Side of Bob Dylan Turns 50)

The album is being accompanied by a Showtime documentary, set to debut on November 21st. According to a press release, director Sam Jones’ Lost Songs: The Basement Tapes Continued presents an “exclusive and intimate look at the making of Lost On The River: The New Basement Tapes set against the important and historical cultural backdrop of Bob Dylan’s original Basement Tapes.”

In related news, Dylan himself recently released The Basement Tapes Complete. The six-disc collection spans an astonishing 138 tracks, 30 of which were never known to exist until earlier this fall.