New app offers access to unlimited concerts for $25 a month 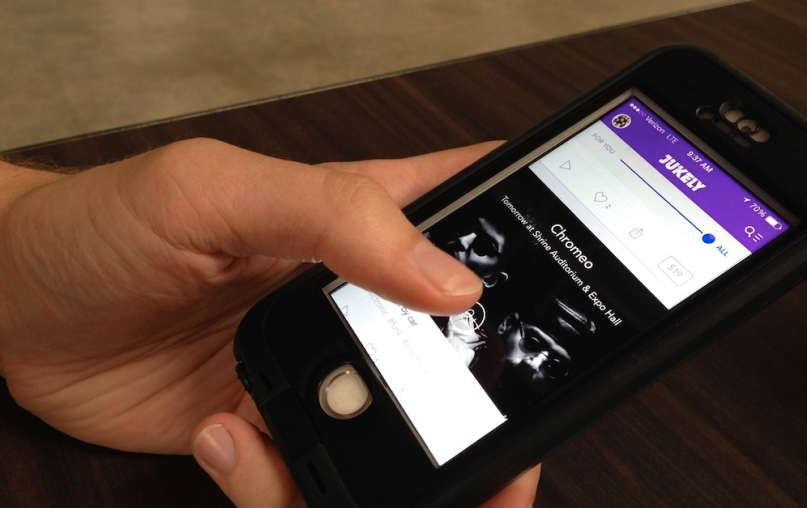 When it comes to buying concert tickets, companies like Ticketmaster and StubHub dominate the market almost completely. But one new startup is hoping to eek out some room at the table with a novel approach: offer users an unlimited subscription to concerts in their cities for a mere $25 a month. That’s, like, three half-caff soy lattes from Starbucks, folks.

Jukely is the brainchild of concert promoter Bora Celik and Andrew Cornett, who co-designed Kickstarter. Essentially, the app uses an algorithm to determine your taste in music, match you up with people in your area with similar favorites, and then suggest concerts for users to attend together. According to Celik and Cornett, the app already claims 30 million people and their connected friends on the platform.

As you may suspect, there is a catch: Jukely does not provide access to concerts staged by bigger acts. Rather, as TechCrunch points out, the app intends to “fill the room and expose folks to bands that are just starting to blow up, but have enough of a presence to sell a few of their own tickets, too.” The Jukely team will be responsible for “vetting the artists and adding them to a list of scheduled concerts that members can choose from.”

So, how does Jukely expect to generate any revenue if it’s effectively giving away dozens of shows? Celik called the model a “win-win” for both the app and the concert promoters, as each are making money on seats that would otherwise go unfilled. What was originally unclear, however, was whether the actual artists will receive a piece of the pie.

In statement to Consequence of Sound, Celik explained the artist-promoter breakdown:

We mainly share subscription revenues with the promoters and venues who give us allocations. Promoters in return work out how they pay the artists. In some cases – especially in most electronic music shows – artists get paid flat fee so this doesn’t impact them, in other cases where artists get door split, then it’s up to the promoter to explain to the artist manager that there is also a Jukely membership option they can include along with regular ticket sales, and they make a decision together to see how much allocation to give to our members.

In some cases we work with the artists or their agencies directly and in this case also we share revenues with them. So simply whoever ends up providing allocations to the members get the revenue share.

Currently, Jukely operates in 17 venues in New York City, with more to come in the near future. The company hopes to use its start-up money to expand into Los Angeles and San Francisco in early 2015. New users can sign up here; it’s worth noting, however, that anyone who registers is first placed on a waiting list.