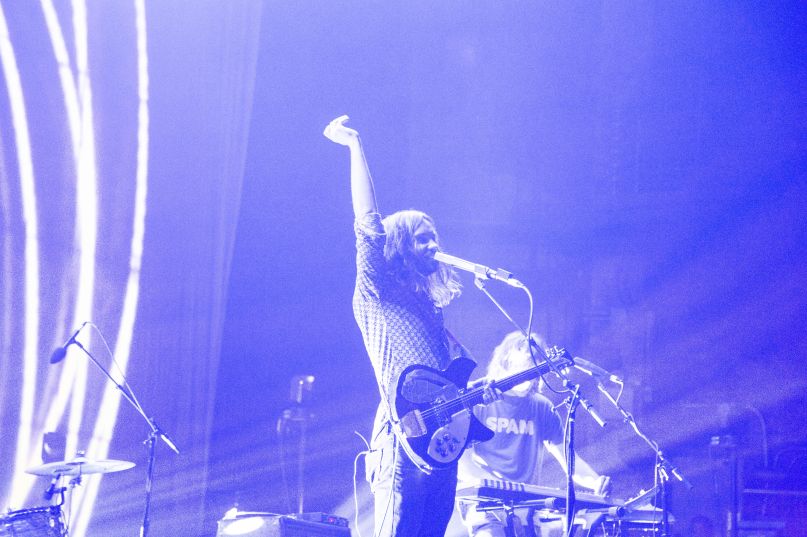 A new collaboration between Tame Impala frontman Kevin Parker and Grammy Award-winning producer Mark Ronson has surfaced online. Entitled “Daffodils”, the track is set to appear on Ronson’s forthcoming album, Uptown Special, which is out on January 27th via RCA Records.

“Daffodils” is a nu-disco banger featuring wobbling and funky bassline pounding over spurts of electronic flourishes, with Parker’s psych pop warbles and Ronson’s pristine production making for an especially trippy pairing. Listen in below.

In other Tame Impala news, a recording of a new jam from the band’s recent gig in New York City has also been unearthed. Spanning a little over two and a half minutes, the instrumental track is an atmospheric but understated taste of space rock. With copious amounts of delay and echo, the band manages to maintain its psychedelic roots while adding a little more moody navel-gazing. While it may just be an improvised riff from the band’s set, it could also be a sign of new things to come. Read Melanie Broder’s review of the show and listen in below (via Stereogum).