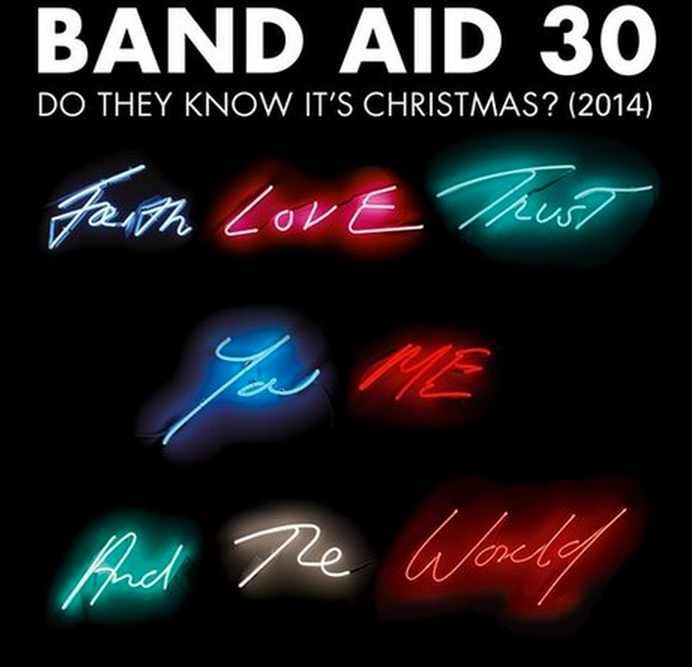 For the 30th anniversary of Band Aid, Bob Geldof convened a group of over 15 musicians to record a new version of “Do They Know It’s Christmas?” to raise funds for the battle against Ebola in West Africa. The stars aligned in London on Saturday to record the charity single. Just one day later, the song is available online. Watch the corresponding video below.

Geldof started Band Aid in 1984 to aid in the fight against famine in Ethiopia. This latest single marks the fourth time “Do They Know It’s Christmas?” has been recorded and the first since 2004. Featured on this new version is Band Aid veteran Bono along with Robert Plant, Marcus Mumford, Sam Smith, Ellie Goulding, Disclosure, Chris Martin, Queen drummer Roger Taylor, Karl Hyde, Rita Ora, Jessie Ware, Sinead O’Connor, Ed Sheeran, One Direction, and members of Elbow and Bastille.

In addition to the new faces, some of the song’s lyrics have been altered to reflect the crisis in West Africa. The line “Where the only water flowing is the bitter sting of tears” has been replaced with “Where a kiss of love can kill you and there’s death in every tear.” The lyric “there won’t be snow in Africa,” often criticized for being factually inaccurate and generalizing about an entire continent, now reads, “No peace and joy this Christmas in West Africa/ The only hope they’ll have is being alive.”