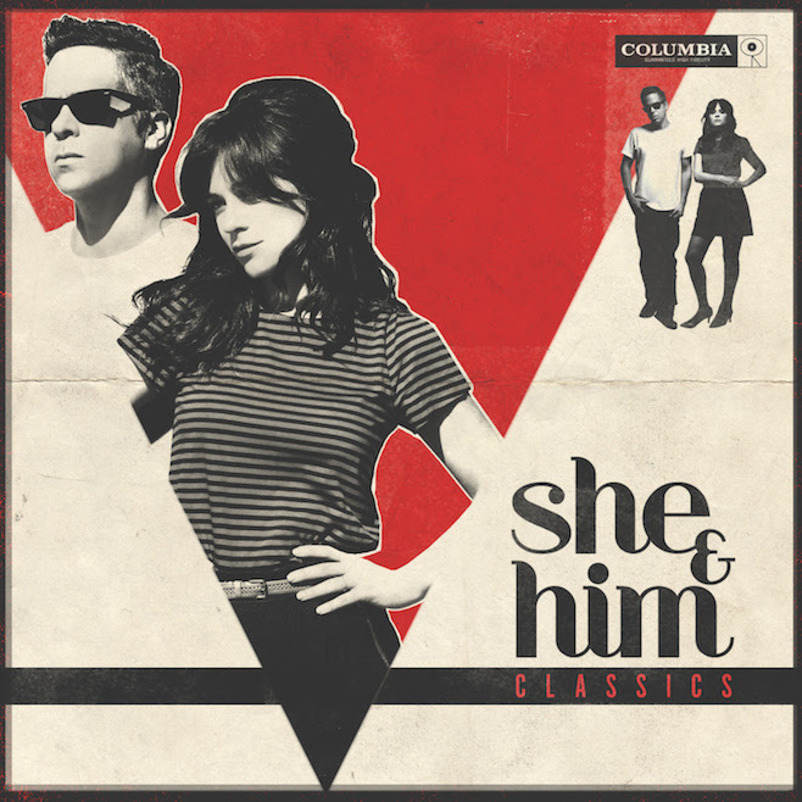 On December 2nd, She and Him will release Classics, a 13-track covers album of “carefully-selected, timeless standards.” In anticipation, the entire thing is streaming in full at NPR.org.

According to a press release, Zooey Deschanel and M. Ward recorded the album live, “allowing a spontaneity that captured the spirit of the songs in their truest forms.” Ward pieceed together most of the arrangements on Classics with assistance from a a full 20-piece orchestra.

“We are incredibly excited to release a record of our favorite songs,” Deschanel noted in a statement. “It was a dream of ours to record these songs in a way that highlighted the brilliance of the songwriting and the beauty of their melodies. We had a wonderful time making the record and we hope people have a wonderful time listening to it.”

Covers include Frank Sinatra’s “Time After Time”, the Carole King-penned “Oh No, Not My Baby”, and Dusty Springfield’s “Stay Awhile”. The video for the latter is streaming below.

The album marks the duo’s major label debut and first official release for Columbia Records, following their stint at Merge Records. Pre-orders for the album are ongoing.