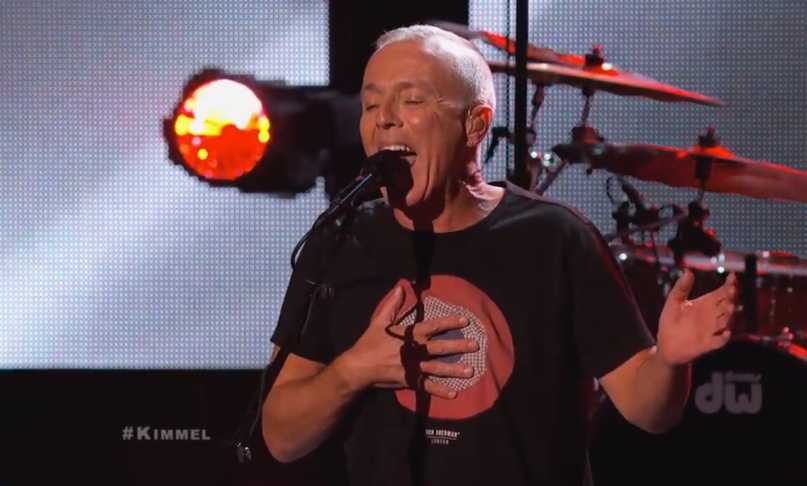 Tears For Fears are celebrating the 30th anniversary of their classic sophomore album, Songs from the Big Chair, with a deluxe reissue and world tour to boot. Last night, the new wave veterans visited Jimmy Kimmel Live and performed the album’s chart-topping single, “Everybody Wants to Rule the World”, in addition to “Sowing the Seeds of Love”. Watch the replay below.

Having just wrapped their first US tour in nearly four years, Tears For Fears will next play a pair of one-off shows on the west coast, including a slot at Los Angeles’ Almost Acoustic Christmas. Afterward, the band plans to hit the studio to finish work on a brand new studio album, which will be released sometime in 2015 via Warner Bros. Recently, our Len Comaratta spoke to Tears For Fears’ Curt Smith about the success of Big Chair, the new reissue, and the forthcoming album; read all about it here.

“Everybody Wants to Rule the World”:

“Sowing the Seeds of Love”: