Gavin Rossdale delivers a one-of-a-kind performance straight out of a dream. 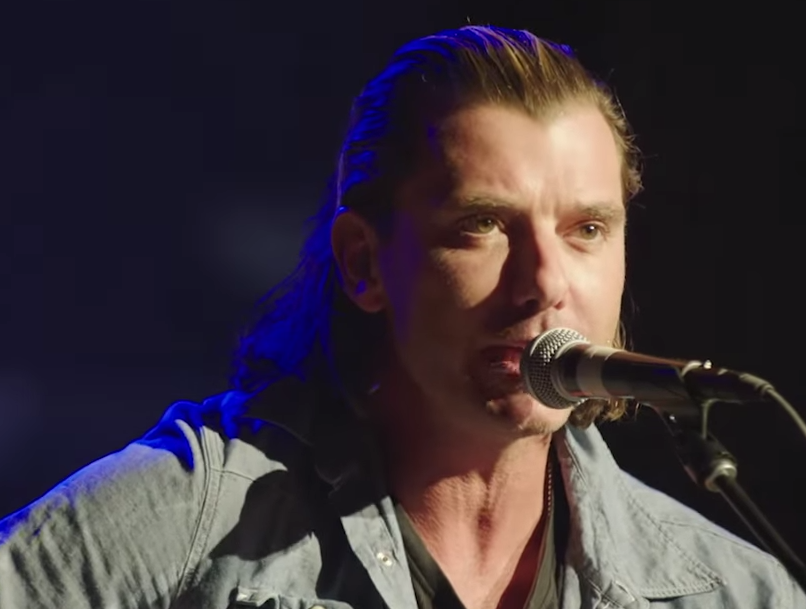 To me, Bush was (well, is since they reunited) one of those bands that soundtracked the early-mid 90s for me. The band’s 6x platinum debut Sixteen Stone is often ranked as one of the decade’s strongest albums and singles such as “Glycerine”, “Come Down”, and “Machinehead” put the group and its charismatic frontman Gavin Rossdale into MTV’s heavy rotation (back when that was still a thing). Now for full disclosure, I never gave the band much thought after this album. I remember when their follow-up, 1996’s Razorblade Suitcase, dropped but by that time I had moved on to other things. That isn’t to say that if one of those earlier singles came on I would change the station, not at all; I still really dug those tunes, I just had found other avenues to explore. That attitude carried over with me so much that I actually thought the group had broken up after that second album.

I don’t know why I felt this way. I certainly liked a lot of the group’s songs and even a part of me envied Rossdale. His charisma, good looks, that accent…everything you wanted in a frontman was there and more. Perhaps it was that little bit of me, the average Joe, who just wanted to see one flaw, one crack in the foundation. So I just assumed he was an asshole. Why not? It made sense to me. A great looking lead singer of a super popular rock band that probably had women throwing themselves at him at every turn, he had to be an asshole right? Honestly I didn’t give it much thought after I applied the label and moved on.

Many of us are aware that he is married to pop star Gwen Stefani and the two have a family together. At the time of their nuptials I probably felt the same way that most did, that the relationship wouldn’t last because celebrity relationships, especially rock and roll ones, always seem to explode and do so badly. I am happy to be proven wrong. Seeing Rossdale in photos as the caring, doting dad was so not the rock star image that had been ingrained in me years earlier. How could this guy be as bad as I had wanted?

Then recently, I saw two things that totally confirmed my changed perspective of the man.

The first was seeing him on the NBC program The Voice. Before you judge, just remember the phrase, “Happy wife, happy life”. This season has seen the coaching position previously held by Christina Aguilera and Shakira now captained by Stefani. Part of coaching is to also bring in another professional performer to help the contestants focus and fine tune their performances. Stefani chose her husband. Watching him listen attentively, not hog the spotlight, provide courteous and careful critique and certainly show respect for his partner totally destroyed the image I had created. Here was a man so not the stereotype of a successful rock star yet gave criticism and guidance that spoke to years of being just that.

The second was when I watched his contribution to Pandora’s #ThumbMoments. The concept behind #ThumbMoments is that when a fan likes an artist on Pandora (giving the ‘Thumbs Up’), the people at Pandora and the artist then call up the fan via their computer and perform a direct, one-on-one performance. Watching Rossdale and his guitarist perform for his fans in this manner demonstrated an artist sincerely wanting to thank his listeners for being there these past 20 or so years and almost came off as rather humbling. A far cry from the fictitious asshole I imagined so long ago. I think that in addition to a newfound respect for Rossdale, I may just need to go find my old copy of Sixteen Stone. Until then, I’ll just create my own Bush station.