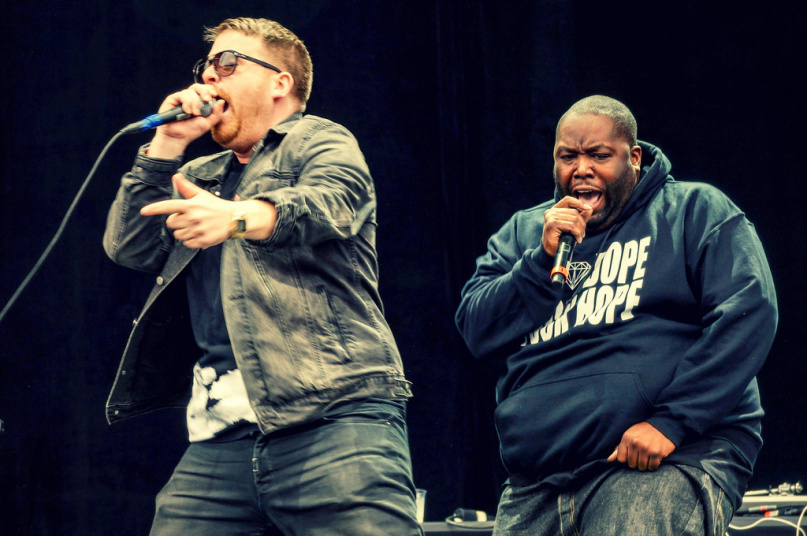 Anyone who caught Run the Jewels at last weekend’s Fun Fun Fun Fest found themselves part of a rather lively “suck my dick” chant aimed directly at Sun Kil Moon. And to think, all I did that day was enjoy a giant big sub sandwich.

The audience at last night’s show in Los Angeles missed out on such a display of camaraderie, but they did get something just as exclusive: appearances from Zack De La Rocha of Rage Against the Machine and Blink-182’s Travis Barker.

Below, watch footage of both rock titans as they pop up for their respective Run the Jewels 2 collaboration: De La Rocha spitting rhymes on “Close Your Eyes (And Count to Fuck)”, and Barker smashing behind the kit during “All Due Respect”.

Run the Jewels w/ Travis Barker – “All Due Respect”: