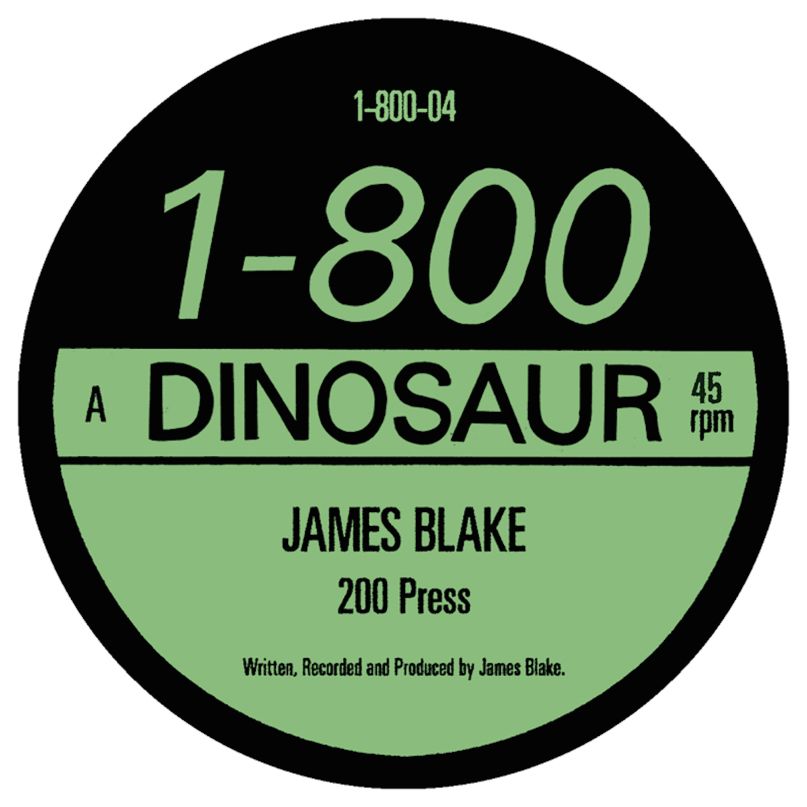 There are two different versions of James Blake: album James Blake and EP James Blake. As with most things in life, it’s easier to think about this in comparison to Marvel Studios. There’s the main continuity (Iron Man, Captain America, etc.), and then there are properties (Spider-Man, X-Men) owned by other studios that exist as their own self-contained worlds. So, just as it would be confusing going from The Avengers to The Amazing Spider-Man, perceptions need to be changed going from Blake’s Overgrown to his latest EP, 200 Press.

The EPs tend to lean toward Blake’s more abstract tendencies, merging R&B samples with dark UK dubstep. 200 Press feels like the successor to Blake’s 2011 EP, Love What Happened Here, only taking the weirdness even further. The title track opens up with an eerie, squealing vocal sample over carnival-like synthesizer loops before unraveling into madness. Blake samples and screws Andre 3000’s vocals from Devin the Dude’s “What a Job”, repeating the same phrase throughout: “Gather ’round the beat like a campfire/ Singin’ folk songs, but not no ‘Kumbaya my Lord’.” Instead of sounding celebratory as it does in Three Stacks’ original verse, here it becomes authoritative and demanding. Blake has somehow made “Kumbaya” feel frightening, as if to say, “Where is your God now?” It’s deeply unsettling and fascinating.

The insanity carries through further with “200 Pressure”, which opens with a minute of glitch beats before emerging with triumphant arpeggios. It then quickly dissipates into screams and frantic drum patterns. Relief doesn’t come through until “Building It Still”. The downbeat track might still feel off-kilter on other works, but here it becomes a moment of bliss amongst the fray. Blake’s vocals and piano pop in and out of the mix, as if a brief glimpse into the other half of his other musical pursuits.

Blake’s vocals don’t come through in any discernible way until the very end with his poem, “Words That We Both Know”, which originally saw release in 2011. Even still, his voice is distorted and pitch-shifted. It’s almost a shame to have hidden his beautiful words of love and fleeting youth beneath all of the effects. But in the context of the EP, it makes sense. There’s so much hope and beauty throughout each track, but it never stays long. This poem drives that idea home.

As lush and gorgeous as his albums have been, it’s refreshing to see Blake immerse himself in experimentation. It’s what’s made him so intriguing over the years. 200 Press is one of his most challenging listens, much harder to repeat than prior releases, but a great landmark in seeing a young producer progress in his craft.