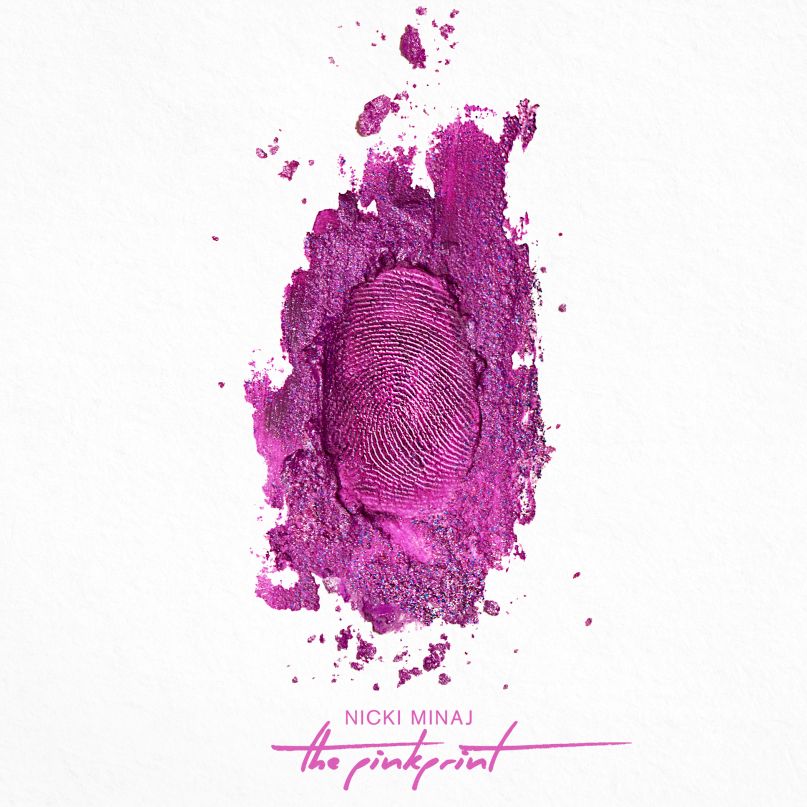 Nicki Minaj is all emotional, dangling in the void of her recent breakup with Safaree “SB” Samuels and grappling with all kinds of what-ifs. Often enough on her third album, The Pinkprint, the 32-year-old flashes the staggering rap technique that caused her 2007 to 2009 mixtapes to blow up, but ultimately, she plays the role of a lovelorn songwriter instead of a rapper or even a rapper-slash-singer. Even when she’s rattling off words at a dizzying rate that guests like Meek Mill would struggle to top, she’s first and foremost looking to tidy up the messiness of her situation — and never before has Minaj defined her situation in such intimate detail.

The first we heard from The Pinkprint was “Pills n Potions”, a stripped-back, melancholy song alluding to the temporary relief of self-medicating. Capsules and elixirs are strewn elsewhere on the album, too, but mostly, The Pinkprint is about confronting troubles rather than sighing them away for a night — sometimes literally, like on “The Crying Game”, where Minaj remembers wanting to Ronda Rousey her man during God knows how many arguments. (The song also opens the album’s accompanying short film, preceding the thematically similar “I Lied” and “Grand Piano”.) The opening song, “All Things Go”, couldn’t be any clearer in its purpose, even if the details are fuzzy: From an engagement to a possible abortion/miscarriage to the tension between her and her mother, these are things Minaj needed to vent about ASAP. We probably shouldn’t ask her to perform the song live too often; it already visibly crushed her on Saturday Night Live two weekends ago.

“All Things Go” is effective enough, even one of the album’s highlights, but relative to the rest of the album, it’s as straightforward as it gets. She interpolates Sir Mix-a-Lot’s “Baby Got Back” on the infamous “Anaconda” (to say nothing of the video) and channels a staccato Biggie Smalls flow over the train rumble of “Four Door Aventador” (having already sampled the Brooklyn legend’s “Just Playing (Dreams)” and “Warning” on 2007’s Playtime Is Over tape). But, otherwise, everything sounds like it’s of her own devising. Even “Only” is innovative in a way, as Minaj happily flaunts what’s become one of the world’s most discussed physical frames before a shamelessly horny Drake (who rhymes “video” and “city’s slow” with “titties thoooough“) and a relatively coherent Lil Wayne make it clear that they’d fuck Minaj if given the chance. One thing they don’t do: out-rap her, as she impresses thanks to higher-level wordplay (“Dinner with my man on a G5 is my idea of a update”) and sheer tenacity (“Tell them bitches blow me/ Lance Stephenson“).

On the other hand, you have the album’s unadulterated pop, where Minaj is a balladeer as often as she is an obvious star. The lyrics to “The Night Is Still Young” are as plain as they come, but melodically, it does sound like the soundtrack to a massive evening, especially once that second vocal track kicks in during the chorus, which is just as neon as that of “Pills N Potions”. The Pinkprint is full of guest stars: Jessie Ware on “The Crying Game”, Ariana Grande on the dominatrix anthem “Get on Your Knees” (co-written by Katy Perry), Beyoncé on the spasmodic “Feeling Myself”, a surprisingly pop radio-ready Meek Mill on “Buy a Heart”, and Skylar Grey on “Bed of Lies”. With all these guests in tow, these songs (even “Buy a Heart”) run more pop than hip-hop, but Minaj still raps enough on the album that you never lose sight of the artist who made, for example, “Itty Bitty Piggy” (on which she rapped for nearly 16 bars before stopping DJ Holiday for not giving listeners enough time to brace themselves for her verse: “You gotta get that shit wet first!”). If you’re looking for pure singing, though, head to the album’s closer, “Grand Piano”, a piano ballad if one has ever existed.

Without saying that it’s comparably good, Minaj says she wants The Pinkprint to be to future female MCs as Jay Z’s 2001 The Blueprint was for the opposite sex. That’s a tough task — Jay’s classic was immensely quotable bar-for-bar and had some of the silkiest beats hip-hop had heard, making a star out of a young producer from Chicago named Kanye West. It’s depressing to admit that the album doesn’t have much competition when it comes to major label rap albums made by women (although there are always female rappers up to the challenge, the latest being Iggy Azalea, Azealia Banks, “Try Me” MC DeJ Loaf, and Timblaland protégé Tink). If The Pinkprint is a letdown compared to The Blueprint, then Minaj brought it on herself. However, as a breakup album that takes heartbreak (or, more specifically, the feeling of having an infinite amount of love to give to an appreciative person) in every direction possible, it provides a template worth imitating.