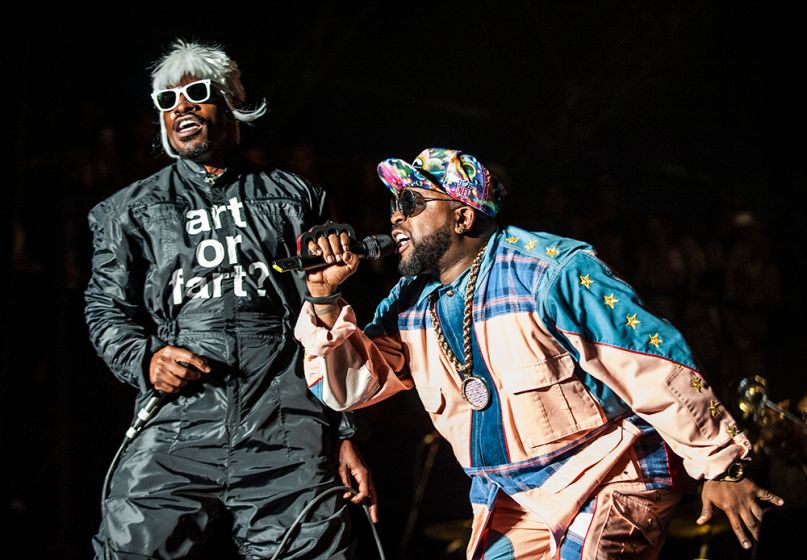 André 3000 recently revealed that he found solace in the banality of OutKast’s reunion tour by designing custom jumpsuits. “We hadn’t performed in 10 years. It was old songs,” André explained in an interview with The FADER. “I’m like, ‘How am I gonna present these songs? I don’t have nothing new to say.’ “So I was like, ‘Maybe I can start saying new stuff while doing these old songs.’ It became a theme where I was more excited about this than the actual show. This is fun, running out in these.”

Up until now, these 47 jumpsuits exist as unique one-of-a-kind items and are currently on display in Miami as part of an exhibition called i feel ya: SCAD + Andre 3000 Benjamin. However, according to an interview with Hard Knock TV, he now plans to take the messages from the jumpsuits — which included phrases such as “i just wanna sleep”, “i don’t know what else to say”, and “art or fart?” — and turn them into a line of branded t-shirts.

In the interview, André also discussed his experiences touring with OutKast, being an elder statesman in the hip hop genre, and how he still intends to retire from rapping at age 40. Watch the full conversation below.