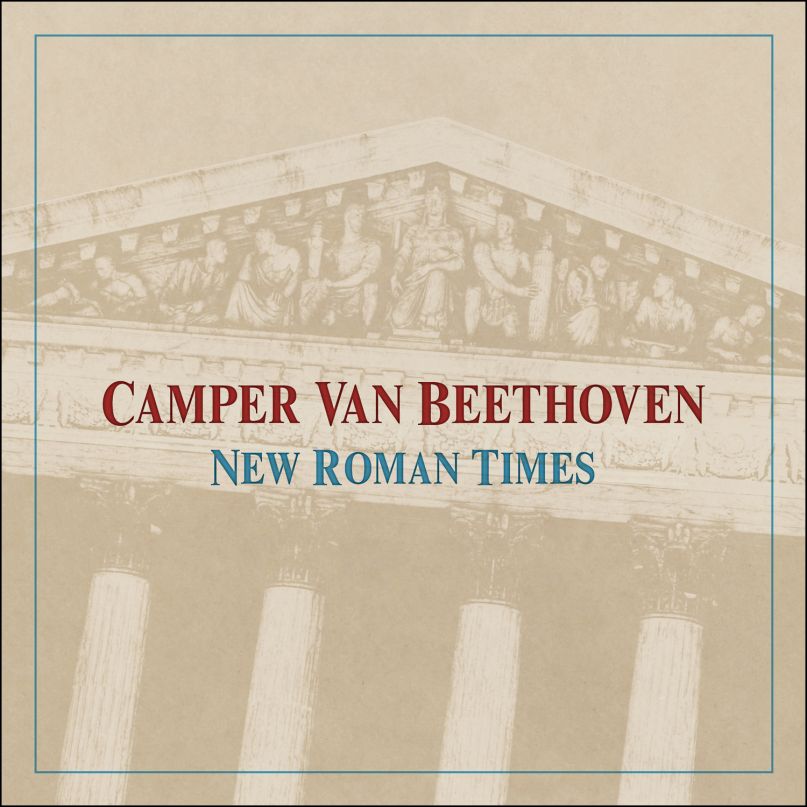 Camper Van Beethoven originally split up in 1990 amid a series of personal and creative differences. Though they eventually buried the hatchet and reformed in mid-1999, it would be another five years before they’d release a follow-up 1989’s Key Lime Pie. Next year, the band plans to celebrate the 10-year anniversary of New Roman Times with a deluxe reissue.

Additionally, frontman David Lowery has penned new liner notes, a sample of which can be found below.

New Roman Times is a sci-fi alternate-reality rock opera,” writes Lowery. “It is intended as a political farce, a sarcastic commentary on the whole notion of a red state/blue state America. It is not directly a commentary on the Iraq war, although much of it reads that way. It was really fun to make this record. Once we had the concept, the record came together quickly. It was nearly effortless. It was like Camper Van Beethoven had not been dormant for 10 years.

New Roman Times will be available digitally, as a single CD, and, for the first time ever, as a double LP. Pre-orders for the reissue are ongoing. That’s the new cover art above. Below, revisit a few of the album’s tracks, followed by the complete tracklist.