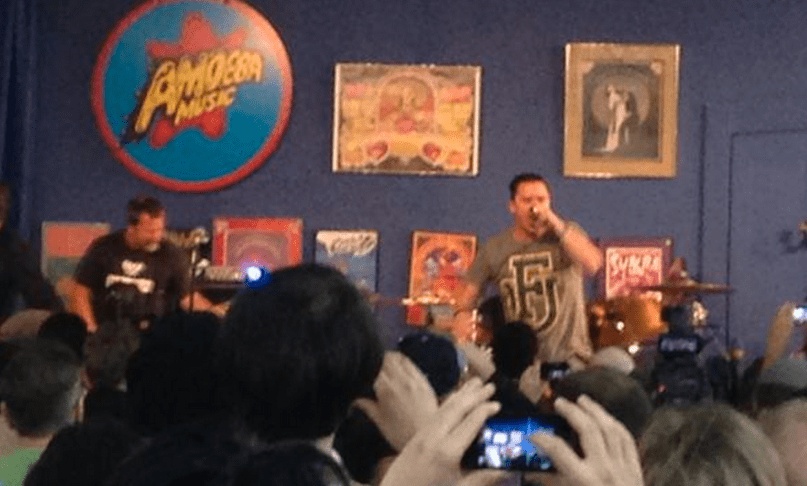 Faith No More recently returned with “Motherfucker”, their first new song in 18 years and the lead single to their seventh studio album, which is slated to hit record stores next April. As Alternative Nation points out, the band gave fans another big surprise over the weekend, taking to San Francisco’s Amoeba Records for their first US performance in four years.

The in-store set coincided with Record Store Day’s Black Friday event on November 28th, which saw “Motherfucker” released on limited-edition 7-inch vinyl. Appropriately, Faith No More kicked off their five-song set with “Motherfucker” before moving on to fan favorites like “As the Worm Turns”, “Spirit”, and “Ashes to Ashes”. They concluded their set with another new song called “Superhero”.

Watch fan-shot video of the full performance below.