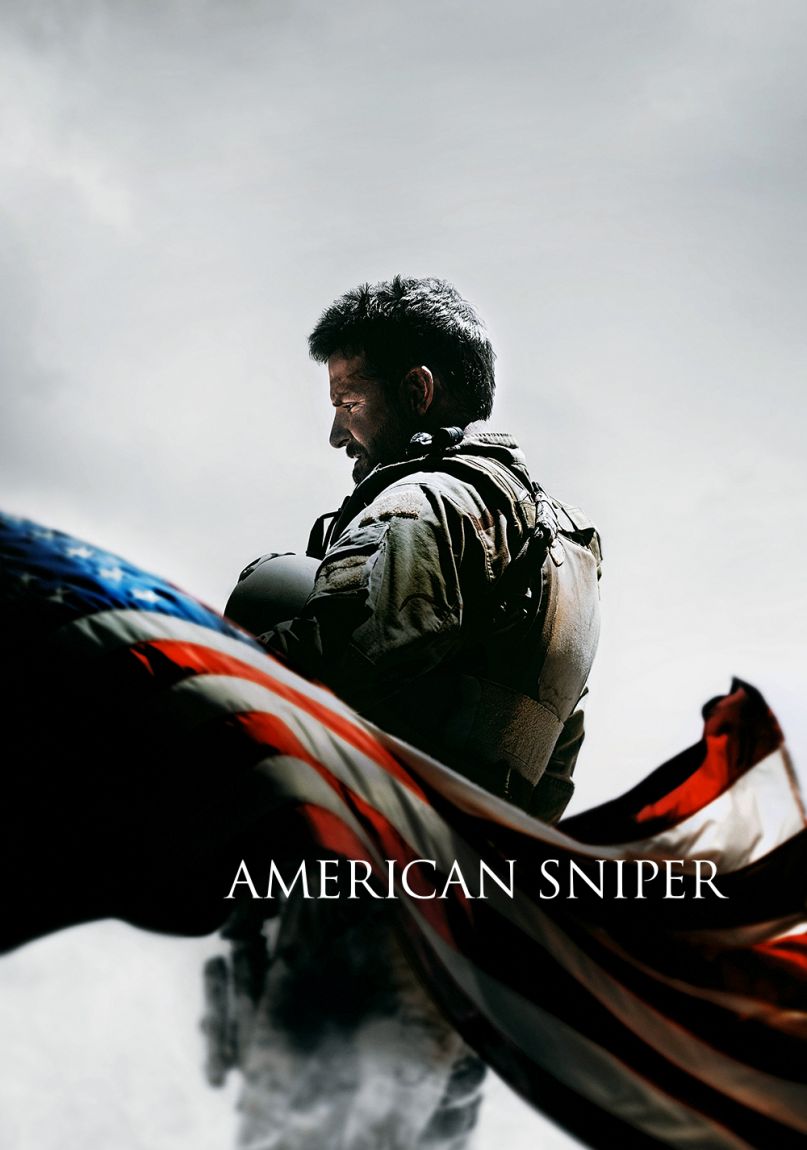 The horrors of war have been well-documented in popular fiction for years, but few war stories feel as punishing as Clint Eastwood’s American Sniper. There’s little glory to be found here. That’s the point. Enlisting to serve is a job — a scary job.

Chris Kyle is the subject of American Sniper. He was a deadly weapon, a real life Navy Seal sharp shooter. The U.S. Navy credited Kyle with 160 sniper kills (out of 255 probable kills). By-and-large, he’s openly remembered as “the most lethal sniper in Navy history.” Sniper is an adaptation of his autobiography (with help from Scott McEwan and Jim DeFelice), and it attempts to demystify the man behind the scope.

Kyle was kind of a cowboy, the product of a strict Texas upbringing, and when 9/11 happened, he found his calling in the Navy. Told in segments via tours, jumping back and forth from Iraq and his life at home, Kyle’s story is a trying one. Bradley Cooper, continuing his upward trajectory, dabbles in a kind of disciplined stoicism, new for him. It works well for the bearded, hulking Cooper. He walks and talks like a guy who could save your butt, but his large eyes hint at deeper psychological trauma. And it’s right there. You see the struggle in Cooper, how suppressing enemy fire leads to suppressed feelings. It’s scary, wondering if he’ll burst or die, if war will destroy him, because it tries in every way imaginable.

On one, he questions the acts of violence that Kyle and the American troops perpetrated on the Iraqi people. He’s less interested in the geopolitical cause of war, and more focused on the tragedy of death and murder in war time. Is it okay for Kyle to intervene and shoot somebody? What needs to happen in order for him to pull the trigger? What is the spiritual cost of, say, being unable to protect his fellow soldiers, or having to shoot a child that may actually be a legitimate threat? What are the consequences for a man who kills so many from afar? Can Kyle go home and look his family in the face and say that everything is okay and he did good things?

As a war conundrum, it’s all very distressing. In its more morally complicated moments, Sniper is deep and provocative. This fits in to Eastwood’s 20+ year mission of atonement, for recklessly (and often excitingly) killing so many people on screen in his early hits. Chris Kyle served his country extremely well, and Eastwood often picks apart what that really means.

And yet, Eastwood can be remorseless, too. There are shoot-outs, gun fights, random and often digitally constructed acts of violence, and while it all needs to be depicted as part of Kyle’s experiences, at times it’s unintentionally showy, or worse, hard-hearted. If Kyle’s left stunted by all the killing, Sniper might do the same to audiences come the final, frustrating moments.

In the end, Eastwood wants a traumatic war experience yet also a kinetic and thrilling one. Those approaches can co-exist, but they clash more often than not. Take, for instance, a tense rooftop face off late in the film. Kyle’s become obsessed with another potential sniper in his midst; he must take out the threat. Is the other gunman just one guy, or is this supposed to be a metaphor for the enemy-at-large, or is it Chris Kyle at odds with himself? It’s fascinating contextually, because it seems like something harder than a sparring match with bullets. However, the scene is marked by slow-mo bullet theatrics, over-dramatic cutting, and tense mano-a-mano verve, which undercuts the greater themes. It’s hard to atone for the opposing angles in the end.

Ultimately, American Sniper makes for an engaging but frustrating debate about war.