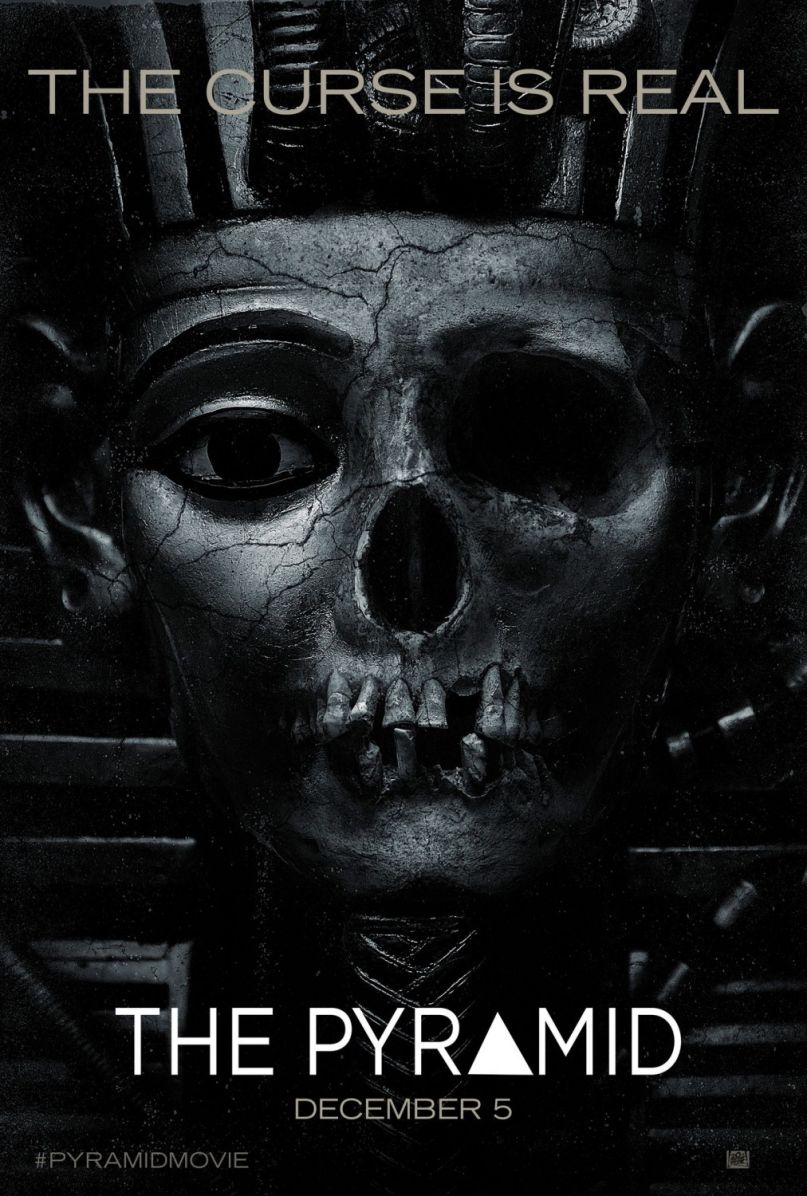 The best way to imagine the future of a film like The Pyramid now involves some time travel, but bear with me for a second. Think back to the Blockbusters and Hollywood Videos and the other great many home video rental franchises of yore. Remember how, by the door, between the loosely film-themed tchotchkes and the racks of older releases, there were those 5-for-$20 bins of DVDs, or even tapes if you’re feeling especially nostalgic? Well, that’s The Pyramid. This late-game, tossed-away Fox offering (and directorial debut for regular Alexandre Aja compatriot Gregory Levasseur) is the very definition of a bargain bin release, a low-budget horror flick lacking in innovation and signifying yet another of the puttering final gasps now being offered by the found footage subgenre. In so many words, it’s just not a good movie.

That’s a shame, too, because the film’s premise is agreeably preposterous enough that a more creative filmmaker could’ve had a little more fun. See, a fourth pyramid has been found miles outside of Cairo, which at the beginning of the film is currently being plagued by civil unrest for no discernible reason beyond giving the film some extra “scary foreign location” color. At the site, the tech-loving Nora (Ashley Hinshaw) quarrels with her patronizing father Holden (Denis O’Hare) over the most effective way to explore the film’s three-sided pyramid, a fact that affects no impact whatsoever on anything that follows, but is a hilarious bit of dialogue in hindsight.

A documentarian (Christa Nicola), her cameraman (James Buckley), and a hunky engineer (Amir K) follow the daughter-father team into a cave that poisoned one anonymous worker but clearly offers no threat to them. Over the next 75 minutes they battle increasingly ridiculous circumstances, as they try to find their way out. Well, kind of. They do keep walking ever further into the pyramid in hopes of escaping, a train of thought never really addressed by the film. The Pyramid has a habit of doing this; shortly after being trapped inside by a collapsed floor, the group starts exhibiting signs of some sort of skin-consuming bacteria, one which does not pay off in any relevant way whatsoever. Nor do most of the film’s attempted scares thereafter, which draw heavily on bunk interpretations of Egyptian lore and the last few drops of the “things attacking the camera in nightvision” canteen’s contents.

Attacking a film as amateurish as The Pyramid would feel like shooting fish in a barrel, were it not for the horror genre’s continued modern demonstrations of just how much can be accomplished with a sense of creativity, without a lot of money. A studio vehicle this poorly executed, this poorly acted (O’Hare is forgettable, and he gives the best performance of the bunch by far), and this unimaginative shouldn’t be so par for the course with most widely released horror, but alas. Even a studio with Fox’s coffers can’t help but throw in on a movie that sees multiple scenes shot in unintelligible total darkness and CGI that feels more like an homage to The Mummy Returns than any film ever should. It’s hard to say if an Egyptian horror film does indeed have a place in today’s cinematic world, but if anybody’s out there trying to bring about its revival, fret not. Like a Diet Coke on digital format, The Pyramid won’t stand in your way.