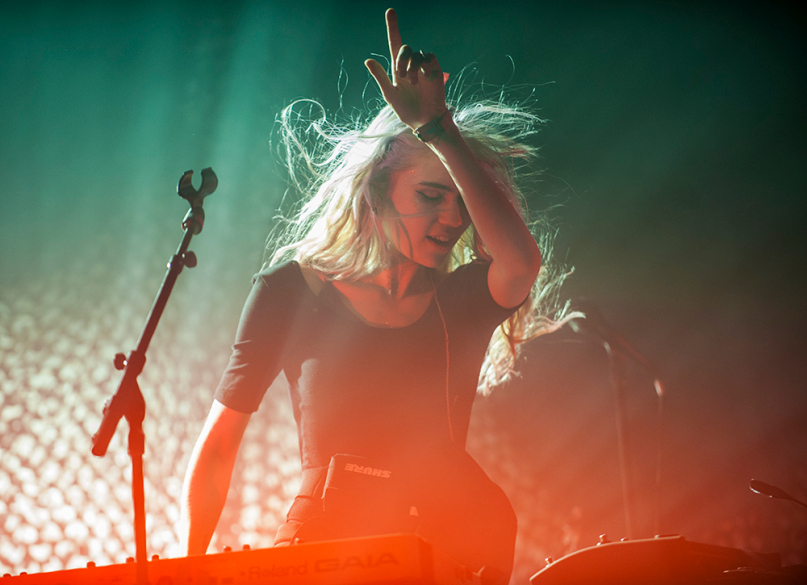 Aside from an ode to her cat, Grimes’ sole output in 2014 has been the trap pop anthem “Go”. Debuted during the Governors Ball Music Festival in June, the song was originally written for Rihanna before evolving into one of Grimes’ most alluring and accessible pop jams to date.

Today, Grimes has shared an early demo of “Go” via her Tumblr page. By her own admission, it’s not much different from the final version, even though she and collaborator Blood Diamonds were “extremely caffeinated” that day. Instead, the “SXM Version” feels a tad more dense and crowded, with snares smashing a bit harder and a more lush quality to the vocals. Take a listen below.

haha james just sent me this weird demo of go, considering the wackiness of the breakdown i assume this is the orig demo cuz we were extremely caffeinated that day

in any case i dunno if its particularly different from the ‘final version’ but im always interested in hearing demo versions of things so i figured yall mite b. i think we mighta mixed a bit of the soul out of it in retrospect, i appreciate the absurdity of mike’s 2nd drop, the thicker snares in the intro etc. its a bit more crowded

also these are demo vocals for songwriting purposes only and they suck a lot so dont mind them.

** also have no idea how this leaked but it doesn’t seem to hurt anything that it exists.