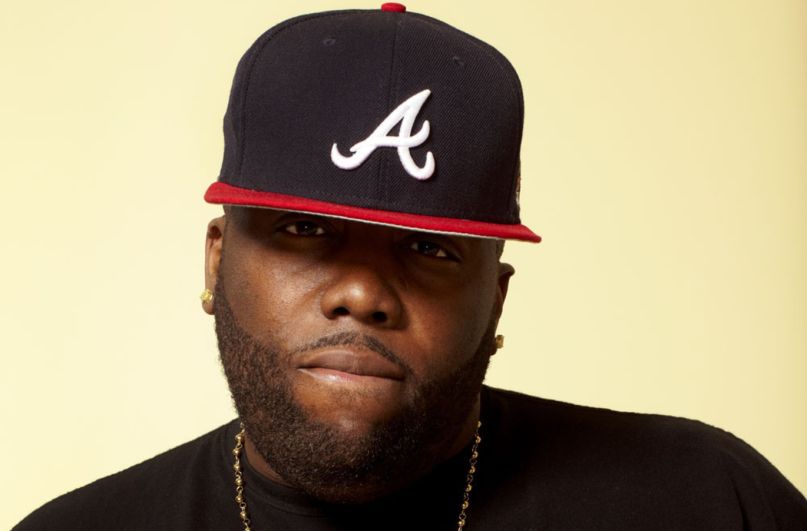 Killer Mike has emerged as a voice of wisdom and reason in the increasingly complex and tumultuous public debate over the events in Ferguson, Missouri. His new op-ed for USA Today deals with a decidedly different, but no less controversial topic: rap lyrics.

In a piece entitled “Rap’s Poetic (In)justice”, the Run the Jewels MC discusses the upcoming Supreme Court case involving a 27-year-old man named Anthony Elonis, who was sentenced to 44 months in prison for “communicating threats” when he posted several rap lyrics to Facebook. Elonis directed the lyrics at his estranged wife as well as a female police officer. He often included the caveat of “no threats intentioned.”

Writing in collaboration with Erik Nielson, an assistant  professor at the University of Richmond, Mike declares the Elonis case as “the latest — and highest level — in a disturbingly long line of cases in which rap lyrics have been used as evidence in criminal trials.” He says that by choosing to hear the case, the Supreme Court justices have “stumbled into a national debate about the expanding prosecution of rap music, which raises major concerns about the role of art and free speech in the justice system, as well as the commonly-held view that hip-hop culture is a threat to society.”

The crux of the Mike’s argument centers this dominant point: Despite the recent upsurge in rap lyrics appearing as evidence in trials, he writes, “no other fictional form — musical, literary or cinematic — is used this way in the courts. It’s a concerning double standard that research suggests is rooted, at least in part, in stereotypes about the people of color primarily associated with rap music.”

The Elonis case is set to go before the Supreme Court later this month. The court’s decision could impact several other related cases across the country. Those include one in California in which a rapper is facing life in prison for his gang-related lyrics and the case of a Kentucky man who was charged with “terroristic threatening” for posting metal lyrics to his Facebook.

In December, the U.S. Supreme Court will hear arguments in Elonis v. U.S., the latest — and highest level — in a disturbingly long line of cases in which rap lyrics have been used as evidence in criminal trials.

Elonis dates to 2010, when 27-year-old Anthony Elonis began posting violent messages to Facebook, often in rap lyric form, that were directed at his estranged wife and a female law enforcement officer. Although he included caveats like “Art is about pushing limits,” he nevertheless was charged with multiple counts of communicating threats.

At trial, Elonis insisted that he merely was writing fictitious lyrics that were consistent with the conventions of rap music, at one point singling out rapper Eminem — himself well-known for hurling lyrical threats at his ex-wife—as one of his influences. The jury didn’t buy it. Elonis was found guilty and sentenced to 44 months in prison.

The Supreme Court took his case to settle a fairly narrow legal question involving “true threats” jurisprudence. But in choosing Elonis, the justices have stumbled into a national debate about the expanding prosecution of rap music, which raises major concerns about the role of art and free speech in the justice system, as well as the commonly-held view that hip-hop culture is a threat to society.

Within the legal system, this view is becoming increasingly apparent. As recent research has revealed, rap lyrics have been introduced as evidence of a defendant’s criminal behavior in hundreds of cases nationwide, frequently leading to convictions that are based on prosecutors’ blatant mischaracterizations of the genre. Ignoring many of the elements that signal rap as form of artistic expression, such as rappers’ use of stage names or their frequent use of metaphor and hyperbole, prosecutors will present rap as literal autobiography. In effect, they ask jurors to suspend the distinction between author and narrator, reality and fiction, to secure guilty verdicts.

Earlier this year, for instance, the New Jersey Supreme Court overturned the conviction of Vonte Skinner, who in 2008 was found guilty of attempted murder based largely on prosecutors’ use of his violent rap lyrics as evidence. In their opinion, the justices wrote that Skinner’s “highly prejudicial” lyrics should have been excluded because they “risked poisoning the jury.”

In most other cases, however — including one heard by the Nevada Supreme Court in 2013 — the outcome is very different. Lyrics generally are permitted as evidence, regardless of their prejudicial impact.

No other fictional form — musical, literary or cinematic — is used this way in the courts, a concerning double standard that research suggests is rooted, at least in part, in stereotypes about the people of color primarily associated with rap music, as well as the misconception that hip-hop and the artists behind it are dangerous.

In fact, the history of hip-hop tells a very different story. In its formative years, for example, it was explicitly conceived by many as an alternative to the violent gang culture that consumed cities like New York. Since then, it has offered countless young men and women opportunities to escape the poverty and violence in America’s urban centers. As rapper Ice T once put it, “If I hadn’t had a chance to rap, I’d either be dead or in jail.”

It is true that hip-hop has been scarred by violence. Tupac Shakur and the Notorious B.I.G., for example, two of rap’s most important and influential artists, were killed in the prime of their careers. But for each instance of violence, there are countless examples of lives saved or made stronger. Trust us on this: The kids spending hours per day writing rap songs aren’t a threat to society; they are often trying to escape the threats from society.

That story of hip-hop has been frustratingly difficult to tell, especially when the murder of Jordan Davis can be framed in the media as the “loud rap music” case or Michael Brown’s association with rap music becomes part of a tragic story line that has far more to do with inequality, police brutality and racial discrimination.

These problems are the “true threats” facing America today, not hip-hop. Let’s hope the justices on the Supreme Court understand that, too.