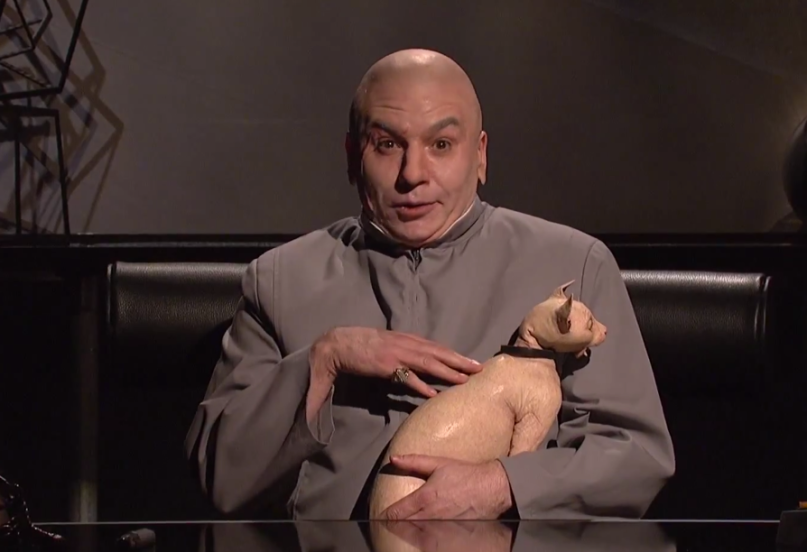 Dr. Evil emerged from his evil Hollywood lair for a surprise appearance on last night’s episode of Saturday Night Live. Former SNL cast member Mike Myers portrayed his legendary character for the first time in 12 years to address North Korea and Sony Pictures directly about the hack. “I’m furious North Korea and Sony Pictures have both given evil organizations a bad name,” he proclaimed. “It’s time to get a trapper keeper and some loose leaf, because I’m about to take you to school.”

Before it was interrupted by Dr. Evil, the sketch opened as “A Very Somber Christmas with Sam Smith”, featuring Taran Killam as the UK crooner.