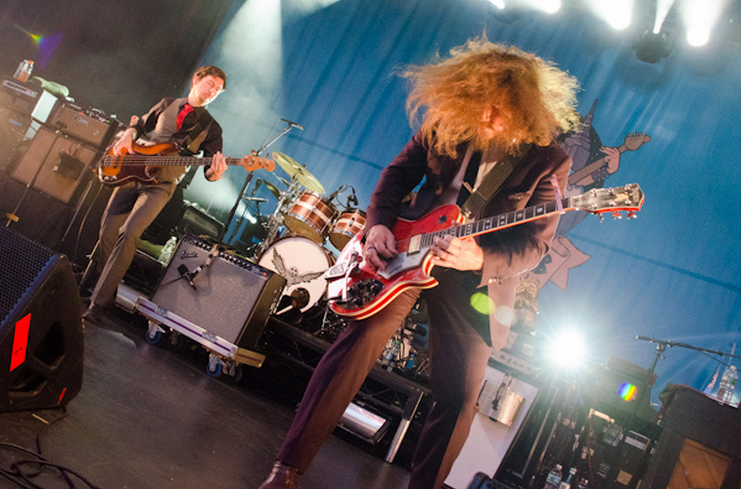 It was over a year ago that frontman Jim James told Rolling Stone that My Morning Jacket was ready to get to work on a follow-up to 2011’s Circuital. Now, in an update with the magazine (via JamBase), James has revealed that the band is actually prepping two new albums.

“I just had tons of songs this time,” James said from a Portland studio where MMJ is mixing the first record. That album is due in April 2015, while the second is being planned for sometime in 2016.

James added, “We didn’t even get to all of them,” explaining that there were 24 “solid contenders” the band began working on late last year in San Francisco. They’re currently sequencing the tracks into two distinct efforts: “I love making each record sound different,” James commented. “I love the thrill of putting on a record and feeling like you got the wrong one from the factory.”

Wondering where those unused songs might end up? Perhaps on a new solo LP, as James is also working to release the follow-up to Regions of Light and Sound of God in 2016. It’s going to be a busy next few years for the Louisville rockers.

Just because, here’s footage from night four of this year’s “One Big Holiday” event in Mexico.