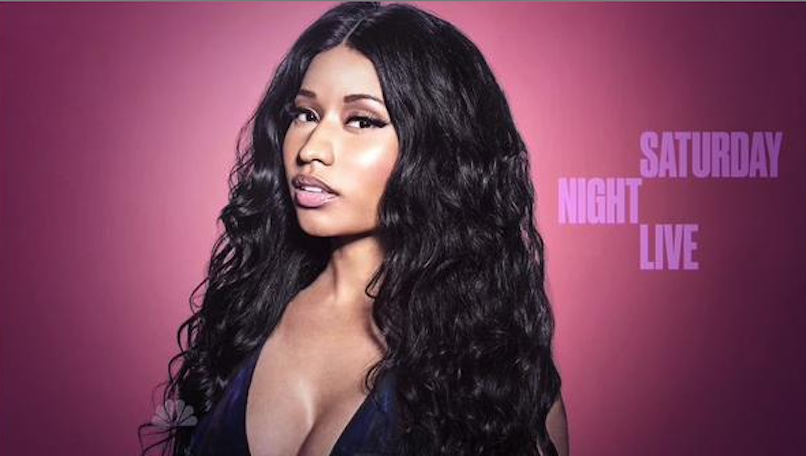 Last night, Nicki Minaj made her return to Saturday Night Live for the first time since 2011. She supported her forthcoming album The Pinkprint with a pair of performances and also poked fun at some celebrity pals during her two skit appearances.

For the performance portion, Minaj was first joined by Skylar Grey for their collaborative track “Bed of Lies”. She then blended “Only” and “All Things Go” for her show-closing number. Considering that Pinkprint supposedly sees Minaj returning to the brazen rap of her early work, it’s curious that she chose three fairly down-tempo numbers for her big SNL moment. Still, while the tracks don’t require much of a stage show, the Pink One does a fine job delivering some personal stories (“All Things Go” appears to tell of a baby Minaj lost, as well as the shooting death of her cousin).

Elsewhere in the show, Minaj imitated two of pop culture’s other most popular women, Beyoncé and Kim Kardashian. The rapper played the Queen Bey Mother Mary in an MTV-style hip-hop nativity scene for “Jingle Ballerz”, where Eminem, Riff Raff (host James Franco), and Rick Ross appear as the three wise men, and who else but Kanye West sits in for Jesus. Minaj later nailed Kardashian’s blank, wandering eyes in a “Weekend Update” skit mocking Ms. West’s latest spread in Paper. Watch it all below.

The Pinkprint is due November 24th from Young Money Entertainment, Cash Money Records, and Republic Records.