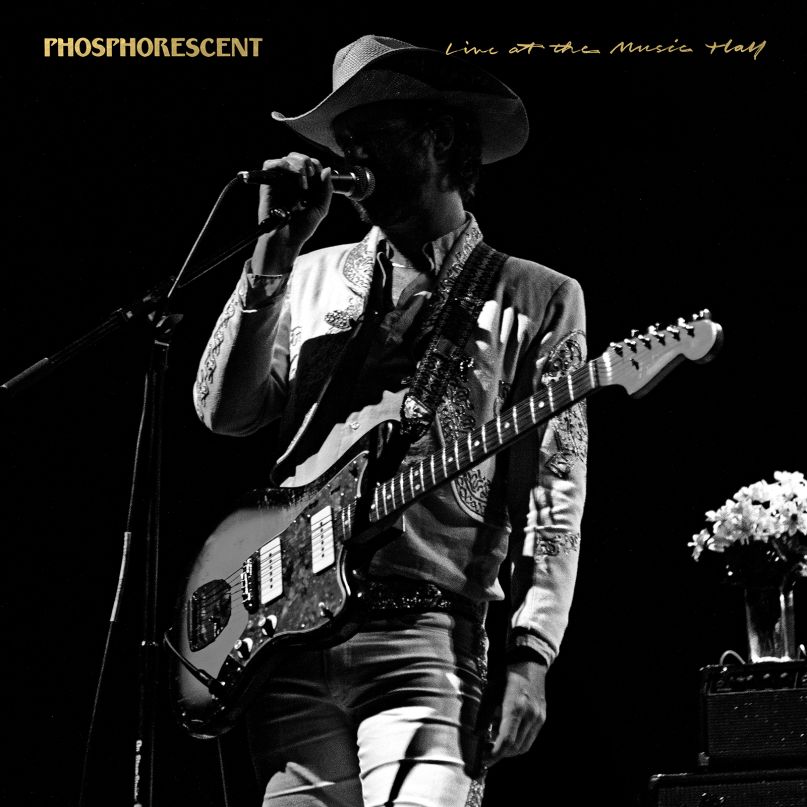 Matthew Houck, aka Phosphorescent, has spent much of the last year traveling the world in support of his excellent LP Muchacho. Last December, Houck’s travels took him to Brooklyn, New York, where he performed a four-night residency at Music Hall of Williamsburg. Now, he’s releasing a live album featuring audio from those four shows.

Entitled Live at the Music Hall, the 19-track LP is out February 17th via Dead Oceans. It draws inspiration from Bob Dylan’s own 1976 live album, Hard Rain, according to a press release, and features a career-spanning setlist with songs dating back to 2005’s Aw Come Aw Wry.

In a statement, Houck said of the performances, “Playing those four shows, it was clear something special was going on.” He added, “After eight months of touring, we’d gotten to a really good point where we weren’t quite exhausted yet with the material, but we’d had enough time to really grow with the songs. So we were in that sweet spot where we were pulling something great out of the songs every night.”

As a preview of the release, Houck has unveiled a sprawling, 10-minute rendition of 2010’s Here’s To Taking It Easy closer “Los Angeles”. Listen in below.