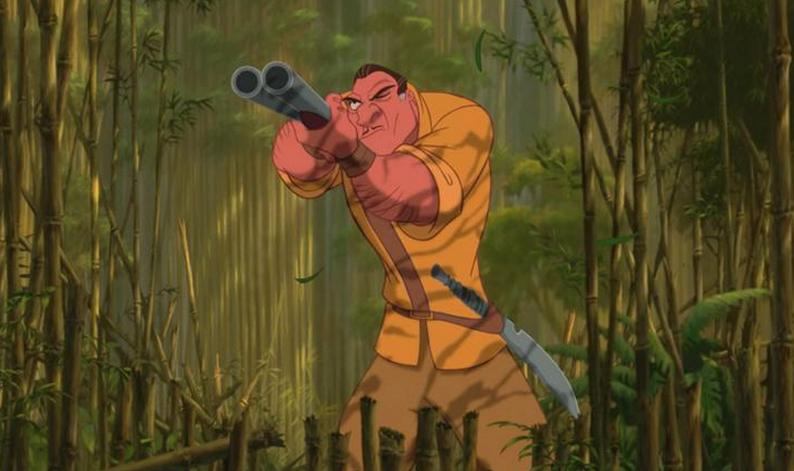 While PG and G-rated cartoons bill themselves as fun for the whole family, new research suggests that films like The Lion King and Finding Nemo depict more on-screen deaths than adult-centered films. This comes from a new report by The British Medical Journal (via Slashfilm), which argues these kiddie flicks aren’t merely “innocuous entertainment,” but are “rife with on-screen death and murder.”

For the parameters of the study, researchers compared the 45 top-grossing animated films of all-time with 90 adult-centered films that both grossed the highest and were tagged “drama” on IMDB. The latter included films such as The Exorcism of Emily Rose, Pulp Fiction, The Departed, and Black Swan. For more accurate results, researchers excluded all sequels and movies where the main characters were not human nor animal, like Cars and Toy Story. Traditional action and adventure movies were also excluded because they are often marketed and consumed by children.

(Read: Ranking: The Disney Renaissance From Worst To Best)

Researchers measured the “time of the film at which the first on-screen death of an important character occurred,” along with contextual factors like whether the death was a murder or not and if the deceased had a familial connection to a protagonist. According to the study, not only were there more deaths in the animated films, but the characters tended to die significantly faster in general.

Two thirds of children’s animated films contained an on-screen death of an important character compared with half of comparison films. Notable early on-screen deaths included Nemo’s mother being eaten by a barracuda 4 minutes and 3 seconds into Finding Nemo, Tarzan’s parents being killed by a leopard 4 minutes and 8 seconds into Tarzan, and Cecil Gaines’ father being shot in front of him 6 minutes into The Butler.

Though the on-screen portrayal of death in kids movies is usually less explicit than, say, The Departed, the “sample of animated films included three gunshot deaths (Bambi, Peter Pan, Pocahontas), two stabbings (Sleeping Beauty, The Little Mermaid), and five animal attacks (A Bug’s Life, The Croods, How to Train Your Dragon, Finding Nemo, and Tarzan).”

The report also found interesting results about the victims of on-screen murder and death. For instance, the data suggested that “parents, nemeses, and children were more often victims of the first on-screen death in children’s animated films, whereas the first casualty in adult dramatic films was more often the main protagonist themselves.” In particular, the “risk of parental death was five times higher in children’s animated films compared with dramatic films for adults.”

Even though animated kids movies do contain murder and death, the emotional and developmental impact remains uncertain. On the one hand, kids tend to watch the same movie multiple times, causing repeated exposure to on-screen deaths, which could be potentially traumatic. However, films like The Lion King, which show complex grieving processes, could potentially be therapeutic, allowing children to model future grief over the characters’ appropriate responses.