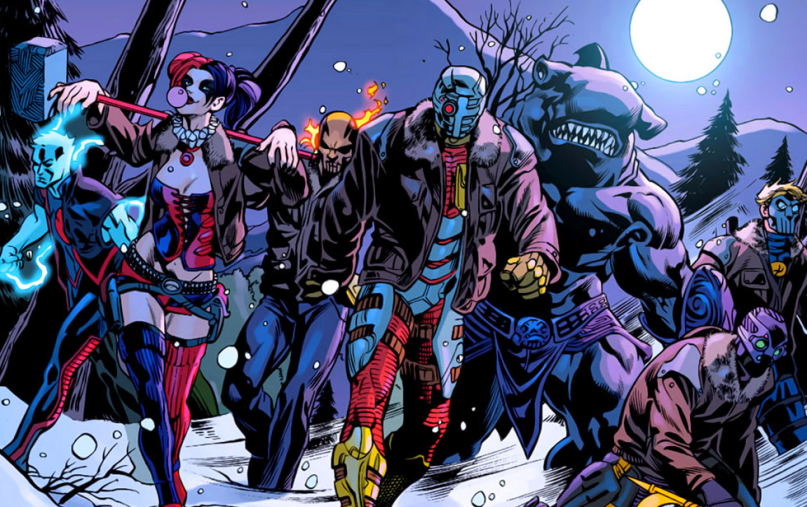 Since the official announcement back in October that director David Ayer would be adapting DC Comics’ Suicide Squad into a feature film, rumors have swirled around who would make up the team of anti-heroes. Now, Variety reports that WB has sealed deals with Jared Leto, Will Smith, and Tom Hardy to headline the 2016 film.

Leto will become the first actor to take on the role of The Joker since the late Heath Ledger’s Oscar-winning turn in The Dark Knight. Smith will play Deadshot, a character portrayed by Michael Rowe on the CW’s Arrow. Hardy will take the role of Rick Flagg, leader of the group.

Also joining the cast are Margot Robbie as The Joker’s protege Harley Quinn, Jai Courtney as Boomerang, and Cara Delevinge as Enchantress. In addition, Variety reports that Jess Eisenberg is being courted to reprise his role as Lex Luthor from the forthcoming Batman v Superman: Dawn of Justice. The studio still needs to fill the role of Amanda Waller, the government agent who oversees the team; their shortlist is said to include Viola Davis, Octavia Spencer, and – wait for it – Oprah Winfrey, who appears to be the frontrunner.

Shooting this April in Toronto, Suicide Squad “centers on the team of super villains who are given a chance at redemption by the government. The catch: Their mission will probably kill them all.” In a statement, Warner Bros. president Greg Silverman said the company’s “roots are deep on this one. We look forward to seeing this terrific ensemble, under David Ayer’s amazing guidance, give new meaning to what it means to be a villain and what it means to be a hero.”