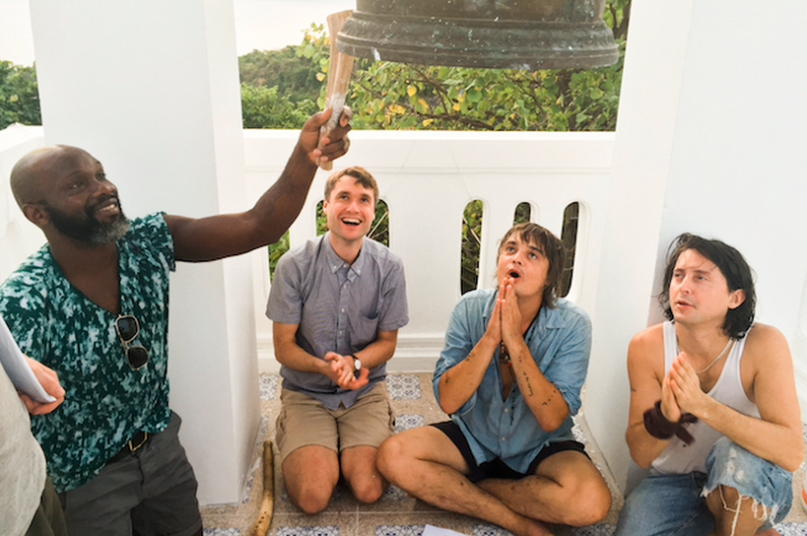 The Libertines have inked a deal with Virgin EMI, paving the way for the release of a new studio album in 2015. As Pitchfork points out, the band signed the contract in Thailand, where singer Pete Doherty is currently going to rehab.

Doherty’s bandmate Carl Barât said in an issued statement: “After everything we have been through The Albion sails on course again, I couldn’t be more excited.”

The Libertines reunited over the summer for a string of shows and festival gigs in Europe, which was followed by talk of a new album. At the time, Doherty said the band could hit the studio as soon as October or November.

It’s been 10 years since The Libertines last released an album in the form of 2004’s self-titled sophomore LP.

In addition to a new LP with The Libertines, Barât is releasing the debut record from his new band The Jackals in 2015.

Below, watch the video for “Can’t Stand Me Now”.