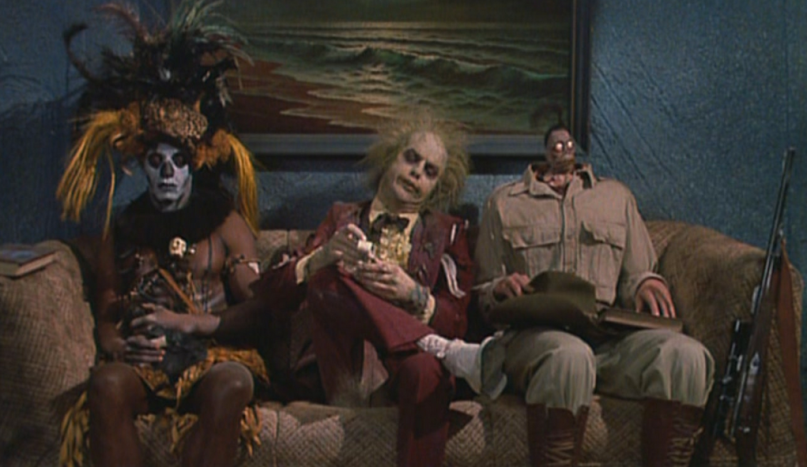 Nearly 30 years after the original, director Tim Burton has revealed that a sequel to his 1988 horror-comedy classic Beetlejuice is “closer than ever” to hitting the big screen. This sort of feels like we all collectively pulled a number in the afterlife’s waiting room and they just finally called out 9,998,383,750,000.

Burton confirmed the news in an interview with MTV, offering up an enthusiastic “Oh yeah!” when asked whether he’d re-assume the director’s chair. Burton also announced that he’s not the only familiar face returning the franchise, as Winona Ryder is set for another round of ghostly limbo as heroine Lydia Deetz. “Oh yeah, yeah yeah yeah,” Burton said of Ryder’s return. “Oh yeah, oh yeah. Yeah yeah, oh yeah.” Burton has also seen a preliminary script for the film, revealing that it’s “pretty good.”

It appears we may have The Killers to thank for Burton’s renewed interest in the Beetlejuice universe. While working with Ryder and the Nevada rockers on their 2012 video for “Here With Me”, Burton fell back in love with the Ghost with the Most. “I worked with [Ryder], I hadn’t seen her in awhile … and she was so great,” Burton explained. “I was so happy to see her. So those kinds of elements mean something to me. Michael (Keaton), and her … and that character, I just miss it, there’s some freedom about that character that I love.”

So the question begs, where does leading man Michael Keaton stand on reprising his role as the bug-eating, deal-making fiend? “I’ve e-mailed Tim a couple of times, talked to the writer a couple of times, but all really, really preliminary stuff,” Keaton told MTV in February. “I always said that’s the one thing I’d like to do again, if I ever did anything again. But it kind of required Tim to be involved some way or another.”

Beetlejuice 2 currently has no production timetable. However, given Burton’s ongoing docket, which includes a March 2016 adaptation of Miss Peregrine’s Home for Peculiar Children, it might be some time.

Below, revisit a few clips from the first Beetlejuice.