“As much as anybody misses The Best Show, I miss it so much more.” 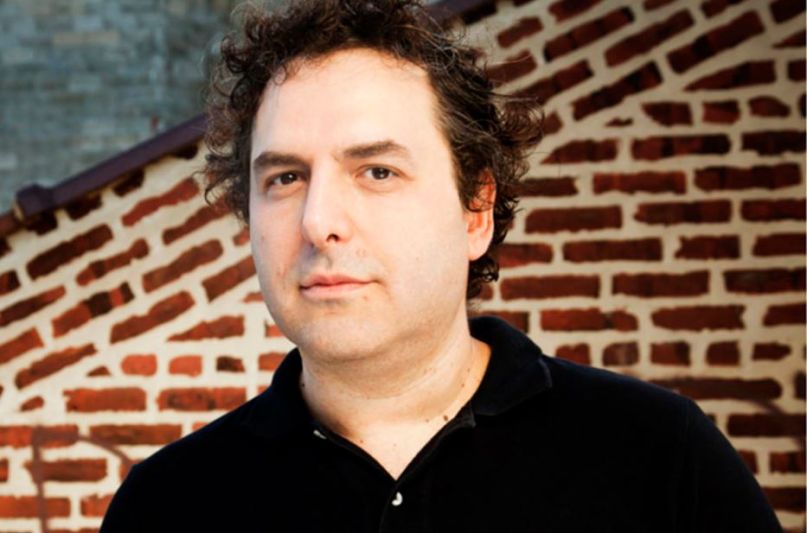 Years ago my heart was set to live, oh
And I’ve been trying hard against unbelievable odds
It gets so hard in times like now to hold on

But guns they wait to be stuck by, and at my side is God
And there ain’t no one going to turn me ‘round.

Perseverance in the face of long odds is not exactly the stuff of classic comedy, but then again this hasn’t always been the funniest of years for Tom Scharpling. The host of The Best Show on WFMU for over 13 years became the former host upon completion of his last broadcast at the legendary freeform station on December 17, 2013. Almost exactly one year later, the return of The Best Show is imminent, this time under the auspices of a DIY operation built from the ground up by Scharpling himself.

In a way, it’s a fitting return for a guy who once spent hours of time and toil on a self-made fanzine titled 18 Wheeler. Much of Scharpling’s career, be it with comedy partner Jon Wurster or the nonprofit WFMU, has been guided by a stubborn independent aesthetic. Perpetually the “funniest comedian you haven’t heard of,” Scharpling is finally ready to be heard from on his own terms. And, to paraphrase his musical heroes in Big Star, there ain’t no one going to turn him around.

On your last show at WFMU you made a point of playing Big Star’s “The Ballad of El Goodo”. In retrospect, it seems like the lyrics to that have kind of narrated your last year. Looking back on that last show now, did you have any clue what you were in for in 2014?

No, not at all really. I didn’t know what the year was gonna be like. I was looking to end the one thing cleanly and fair and square. I didn’t want that cheapened by talking about what the next plans were. But I also was not entirely sure what the next plans were. I wanted to do the show again, or some version of it. I definitely didn’t feel like I was done doing the show. But I had no idea of where or what form or any of that stuff.

What was your biggest hurdle to getting the show back on the air? Was there ever a point you thought it might not come back?

No, I knew it was going to come back; it was just going to get to this force of will place where it’s not going easy, but what am I gonna do, quit? Or not do the thing that I feel like I was meant to be doing because things are hard? A lot of that time was spent listening to other proposals for where to do the show and then deciding that I don’t think any of those things are a perfect fit, so we’re gonna do this ourselves. That took up a chunk of the year to finally reach that point. And then just building it, brick by brick. There were some curveballs thrown like all the equipment got stolen at one point. The house where I thought we were going to do the show from got broken into, and it got stolen. So that was a big setback. It was completely dispiriting. It felt like there was a bad day where I was just in a black cloud, unable to process the idea that the thing that I want to do the most is now … somebody came and took everything from me. I was like, you know what, gotta keep moving. The dirtbag who stole the stuff – if I let that guy stop me, then I don’t have any right to want to do the show. If I’m gonna let somebody who didn’t even know what they were doing … they weren’t doing it as a direct strike against the show. It was just some scumbag. So then it was just kinda piecing it together, and we’re almost done. We’re super close. There was also the Scharpling and Wurster box set that is coming out.

I was going to ask you about that. It looks insanely detailed. You must have spent a lot of time on that as well.

That’s a month. That took a month of scouring all the shows and trying to find the best source material for it. Every picture we could find, cleaning up all the audio and edits and making everything as great as possible and basically putting together a book. So many different elements came into play to make that happen. And also the Adult Swim thing we did took a lot of time and energy. Doing those things felt like a lot of groundwork being laid for things that are blossoming now.

I know Jon did a lot of touring as well, so did you guys have a chance to write much, or did you take an extended break?

I thought the Adult Swim infomercial turned out great. Everything from the Gilbert Gottfried segment to the cameo by a mustachioed Gus Willoughby. How did that all come together?

It’s a little bit of a mutual thing, I guess. We’ve known them for a long time. Jon and I have worked for them a few different ways, collectively or individually. We’ve talked for a long time about doing something, and then it was like, “Let’s finally get something off the ground here.” And those 4 a.m. infomercials seemed like a good way to start the ball rolling in that regard. They’ve always been really encouraging and enthusiastic about the show, so it was a really good fit.

One of the great things you did in the last year of the WFMU show was the sound collages. It became like a weekly game to track down what you included – like the ELO sample from “Evil Woman”. It’s a perfect example of how The Best Show is a living, breathing thing that goes off in odd directions. Where did you get the idea to start doing the sound collages?

You know, I think about it, and I’m not even sure. I know it started with “Frankie Teardop” and the Grateful Dead doing “Good Lovin’”. I think it ended up being some combo of those things. I do remember feeling like, “I’m gonna go crazy with these, this is exciting.” It was like talking without talking. There was something new there. That was a real priority for the show, for that last year especially. I wanted it to feel like we’re not done by any stretch. I wanted people to miss the show when it went away and not just be like, “Eh, that thing’s tired, and there’s nothing new going on anyway, so it’s probably good that it’s ending now.” So that was a real priority for me, to really push and take it somewhere with new stuff going on. To be 13 years in on a show and have that level of pushing and finding new ways of expressing things … I’ll stand by that. I’m happy with how all that ended up in that regard.

In the grand scheme of things, do you feel refreshed after not being on the air for a year? Like you have a fresh perspective on things?

Oh yeah, I can’t wait. It has not been easy the last couple months to see the elements coming together but still not be on the air yet. I want it back. As much as anybody misses it, I miss it so much more. It’s my favorite thing to do. I feel like I’m good at it, and I just want to do it again.

I can think of several times over the course of the year that I wanted your “Best Show” take on certain events. Following you on Twitter is one thing, but it goes to a whole new level when you can unwind something on the air. Were there times you were desperate to have a radio show just so you could comment?

Oh yeah. Doing something on Twitter is not even close to doing it on the radio. They’re exact opposites actually because one is constructed to be as brief as possible, and the radio show is just about stretching out and really exploring and getting everything out of it, whether it’s an idea or a call or Jon and I doing a thing. We can really squeeze every bit of juice out of something and not feel rushed about it.

I also saw on Twitter how you talked about Key & Peele and how they’ve really inspired you. What else has inspired you over this past year?

That’s a good question. What do I like? I liked Nathan for You this year. I liked Billy on the Street. I liked Inherent Vice a lot.

I’m dying to see that.

Yeah, I’ve seen it twice now, so it’s unfair. I think it’s better than the book. I really do. Things that are new that he brought to the table are amazing, and he also managed to capture the things that are in the book too. It’s really impressive.

Since we’re at the end of the year, I thought I’d also ask for your top three albums of 2014.

Hmm, what would be the top three?

I know you’ve talked about Brill Bruisers [by New Pornographers] a lot.

Yeah that would be there. What else? Ty Segall’s album. I’d put the Fucked Up album there. I know I’m missing stuff, but those three off the top of my head are a good start.

So, I assume an announcement for the return of The Best Show is imminent?

“Imminent” is a good word for it. We’re getting very close. You’ll know when it’s coming. It’s not gonna be any secret.

He wasn’t kidding; the time is now: The Best Show is back! On December 8th, Scharpling surfaced with a four-minute monologue that promises the show will start airing every Tuesday at 9 p.m. Eastern by the end of the year. Subscribe now via iTunes.