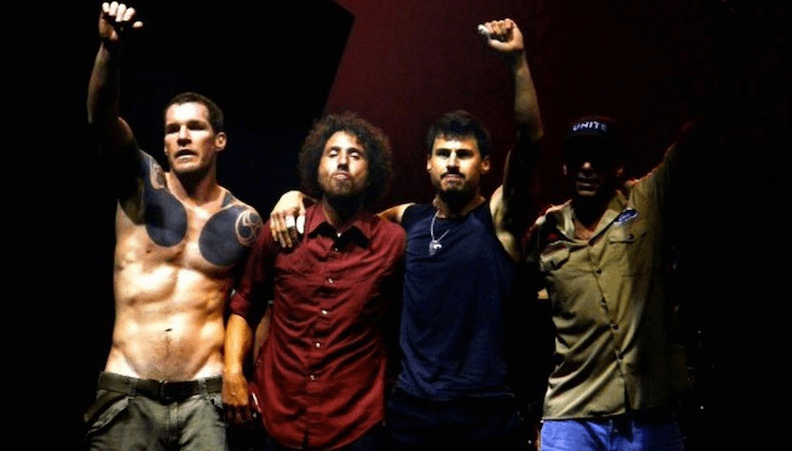 Back in 2010, Arizona passed a rather controversial law that effectively banned ethnic studies within the collective school system. Now, John Huppenthal, a state superintendent of public education, is claiming that the use of Rage Against the Machine and other politically-charged music in Tucson school curriculum is a direct violation of that law.

In a “note of noncompliance” complaint sent to Tucson’s school district chiefs last week, Huppenthal argued that Rage Against the Machine’s 1992 single “Take The Power Back” — a song that was being taught as part of a Mexican-American history lesson — defied the restrictive law. An “Introduction to Hip-Hop” essay penned by rapper KRS-One that’s used in an English class was also cited as a violation.

Huppenthal pointed to the lyrics of “Take The Power Back”, noting that that type of “content” was forbidden in Arizona classrooms and that courses that taught it were breaking the law. That is, these classes are working to promote “the overthrow of the government” and “resentment toward a race or class of people” while advocating “ethnic solidarity instead of the treatment of pupils as individuals.”

Rage Against The Machine guitarist Tom Morello took to Twitter to comment on the controversy, saying that the band’s lyrics are “only dangerous if you teach it right.” Meanwhile, Corey Jones, the teacher behind the Mexican-American history lesson in question, told Rolling Stone that, although he wasn’t surprised by Huppenthal’s complaint, he was “a little embarrassed to live in a state with these politics.” He explained that the purpose of using “Take The Power Back” was from a “social justice perspective” and that the course was simply “designed to encourage students to want to change the world for the better.”

He added, “Arizona’s becoming a more fascist state. When you’re banning and censoring material, for a state that proclaims local control, for a state that proclaims so much freedom — and yet in Phoenix you’re having one of the highest elected officials of the state comb through my curriculum and say, ‘This is illegal, you can’t teach that’ — the contradictions are glaring.”

Though Jones claims that he will not change his curriculum, the entire Tucson school district could be hit with penalties as a result. Per Huppenthal’s complaint, the district has till March 10th to change the curriculum and/or eliminate the courses entirely before 10% of its annual funding is cut. According to RawStory, a lawsuit that seeks to overturn the 2010 law will be presented at the 9th U.S. Circuit Court of Appeals on January 12th.

Below, revisit the song that started it all.