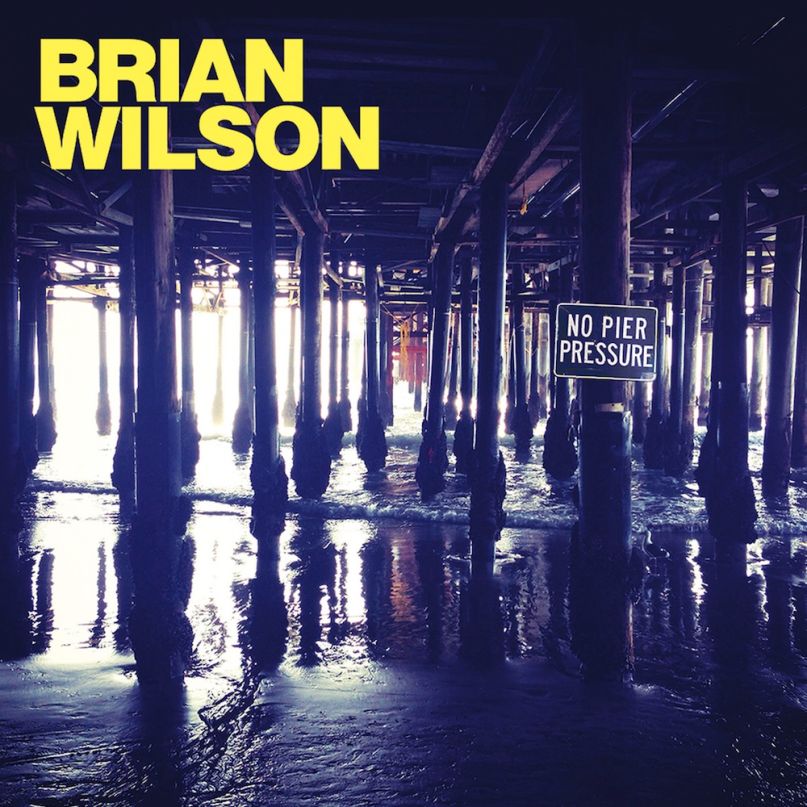 On April 7th, Brian Wilson returns with his latest solo album No Pier Pressure. The singer’s 11th LP to date, and first since 2011’s In the Key of Disney, sees him reuniting with Capitol Records, the original home of The Beach Boys.

According to a press release, No Pier Pressure was initially conceived with The Beach Boys in mind, but “wanting to find the right voices to complete his vision, Wilson saw an opportunity to finally become hip with his kids and recruited some amazing young vocalists who have been inspired by his music.” (Ed. Note: It probably didn’t help that Wilson and Mike Love had a public fallout in 2013.)

No Pier Pressure will be available in standard 13-track and deluxe 16-track editions (digitally and on CD), as well as a 16-track double LP version on 180-gram vinyl.