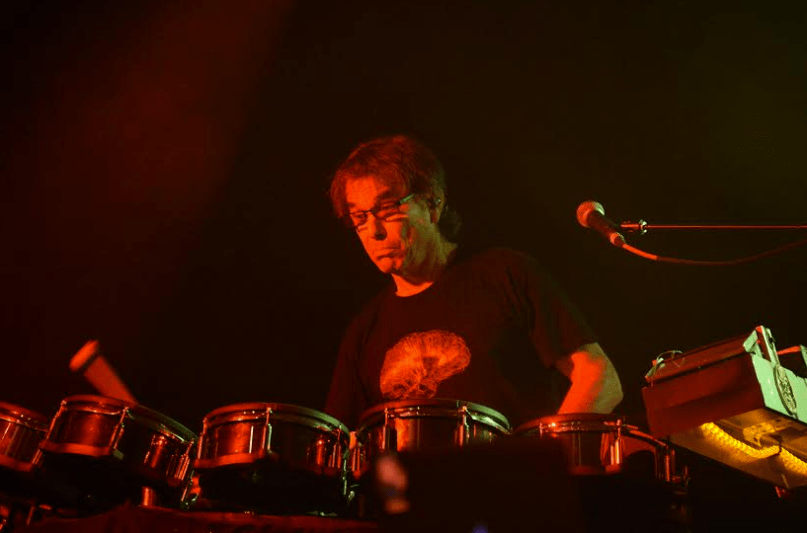 Of all the experiences you can have at the Bonnaroo Music and Arts Festival, there’s one tradition that simply cannot be missed. Every year, the SuperJam brings together various artists from all walks of life and various genre onto one stage for a jam session chock-full of once-in-a-lifetime surprises. Last year, EDM heavyweight Skrillex led the collaborative extravaganza, bringing along acts like Big Gigantic, Thundercat, Warpaint, Robby Krieger of The Doors, Ms. Lauryn Hill, and more to deliver a jaw-dropping performance that defied all expectations.

For those curious about what it takes to put together such a massive one-off production, a new documentary presented by AT&T U-verse offers an inside look at what went into making the Bonnaroo SuperJam with Skrillex & Friends a reality.

Episode two of the series, premiered exclusively on Consequence of Sound, focuses on a particularly left-field collaboration, as Grateful Dead’s Mickey Hart joined Skrillex’s crew for a distinctive version of the Dead classic “Fire on the Mountain”. The 14-minute video “provides a revealing glimpse into Mickey’s history, championing his innovations in percussion as he works with Skrillex to blend analog with digital to create, as A$AP Ferg describes it, ‘new history.'” It also features rehearsal footage, interviews with various participants, and an introduction to Hart’s unique personalized instrument. Dubbed the RAMU (Random Access Musical Universe), it’s an electronic Frankenstein conglomeration of pads, strings, a theremin, and even Hart’s own brainwaves! Capping off with the full final performance, the episode is available to watch below.

For more behind the scenes footage from the Skrillex & Friends SuperJam, watch the full documentary series only on uverse.com/bonnaroo now. To learn more about what went into putting the show together, Dominic Lalli of Big Gigantic and SuperJam producer Paul Peck will be holding a Reddit AMA on Tuesday, January 20th. The discussion kicks off at 8:00 PM EST at the Bonnaroo subreddit. Below, check out a trailer for the full SuperJam documentary.