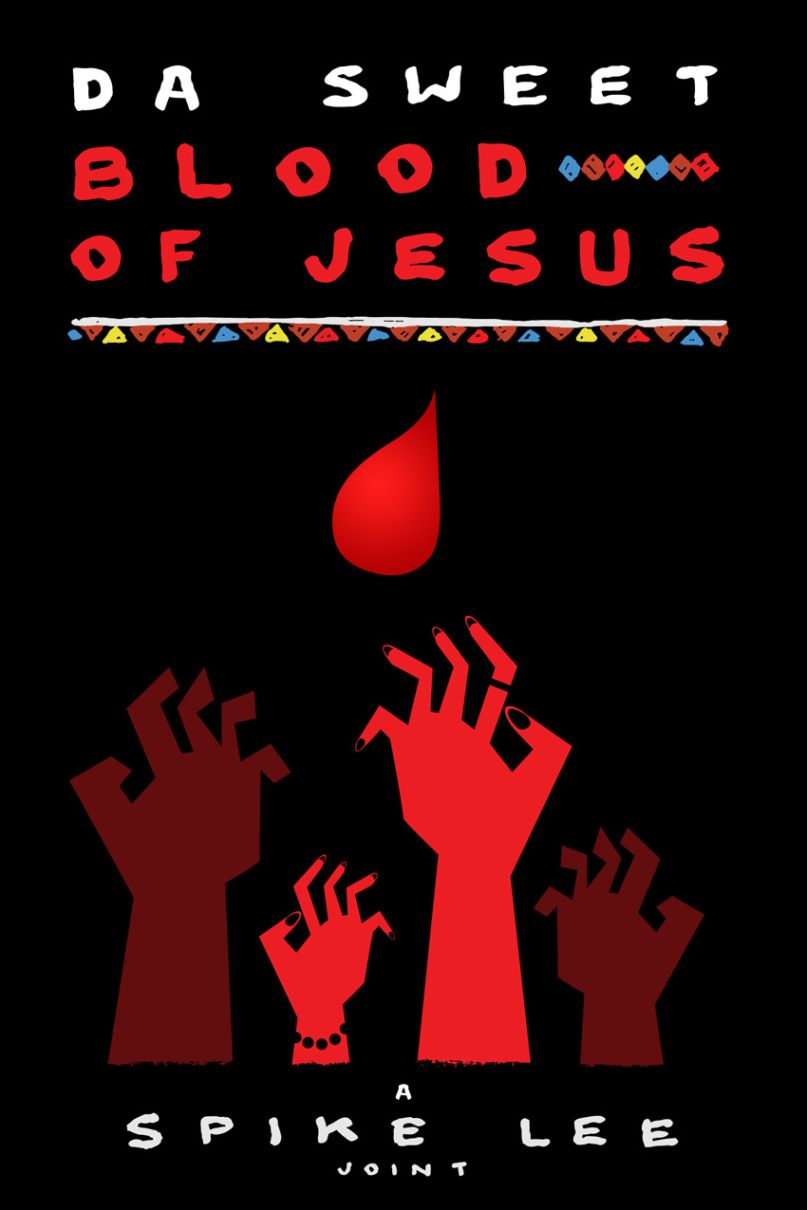 So it’s come to this. Spike Lee, a two-time Oscar nominee and one of our most infuriating and rousing directors took his latest project to Kickstarter. That’s not meant to condescend to the process or the auteur, but rather to acknowledge an interesting situation unfolding in modern film. It seems like it can eliminate a lot of red tape for an artist, and Lee’s always struggled with his uncompromising vision.

In a recent statement, Lee felt this movie was the “future of film distribution.” Or perhaps it’s just the best place for a man to work that’s unwilling to play ball with others. Whatever it is, the movie’s here now.

Da Sweet Blood of Jesus is the final product of Lee’s grass-roots experimentation, and it’s a confounding curiosity. It’s an unofficial remake of Bill Gunn’s 1973 blaxploitation film, Ganja & Hess, about an academic that begins to crave blood after being stabbed with a strange Ashanti artifact. Dr. Hess Greene’s (Stephen Tyrone Williams) whole MO is African art and history, and he’s fascinated by the Ashantis’ relationship with blood. After all, America is a “blood society,” built on violence and the spilling of blood, according to Greene. Yes, it’s preachy academic stuff, but there are so many terrific and incomplete ideas swirling about in this film.

When he’s transformed into a blood junkie (not a vampire, a distinction the film tries to make), Greene begins to stalk and drain women, and we see a paranoid and even jokey consideration of disease. Greene is a scholar living in the Hamptons, so naturally his over-educated and snobby friends believe that he’s drinking a new kind of grainy V8, and not a wine glass of blood in broad daylight. Lee ties a lot of Da Sweet Blood into his career-spanning explorations of black society and the politics of representation. The film is littered with high and low socioeconomic plays, and Lee plays with the distinction very giddily.

Lee’s best weapons are his music selection and score. They propel and even mask some of the choppy story. He uses an elegant piano score by Bruce Hornsby (yes, that Bruce Hornsby), along with a soulful and unfamiliar independent soundtrack. The good thing about watching this at home is that it’s not rude to Shazam songs during the movie, so open an ear for Govales, Jasiel Ace, Milton Nascimento, and other unfamiliar or unknown artists with distinct sounds.

That said, yes, this movie missteps. Often, in typical Lee fashion. He relies heavily on religious patter, the “blood of Christ” and so on – it’s just in his DNA these days. Lee also could be accused once again of being aggressively unkind to women here, with the extended and shallow characterizations, not to mention the graphic nudity that teeters on objectification. Add all that to the hammy romantic flourishes in the second half, a tone that takes some getting used to, and the sense that the whole product could benefit from a further polish.

Lee’s riffing here, trying new things from dry humor to stark sexuality to genre juxtapositions he’s never done before, and at least Da Sweet Blood of Jesus is never boring. It’s often a very mysterious, funny, and unnerving film. At other times, it feels like the best Lee could do with limited resources and a flurry of content. It may look cheap, or formally very plain (it was shot in 16 days, features an unfamiliar cast, has few locations, and seems to employ nominal lighting), but it still has that sense of restlessness, assurance, and total commitment to vision that Lee’s always had.

Lee pulled a fast one yesterday and made the movie available to rent or own on Vimeo. He was unencumbered by a studio, so you get to see the privileges of total control on display, even if the final product could have benefitted from more editing and collaboration. We know the costs because of its full disclosure in publicized fundraising. The production was so minuscule that making a small profit from $1.5 million in rentals seems possible (The Interview made modest bank). If nothing else, Da Sweet Blood of Jesus deserves attention as a new kind of auteur’s business model. Maybe more directors could work this way – it certainly works for musical talents.

The only catch with this strategy is how it screens digitally. The movie’s clean and pointed aesthetic works for the most part. It will look fine on a big HDTV; no one should ever watch a film on a phone or a tablet. Still, Da Sweet Blood of Jesus and its strange story of Hamptons-brand vampirism seems like it would be best experienced at a midnight showing, in a small arthouse theater.