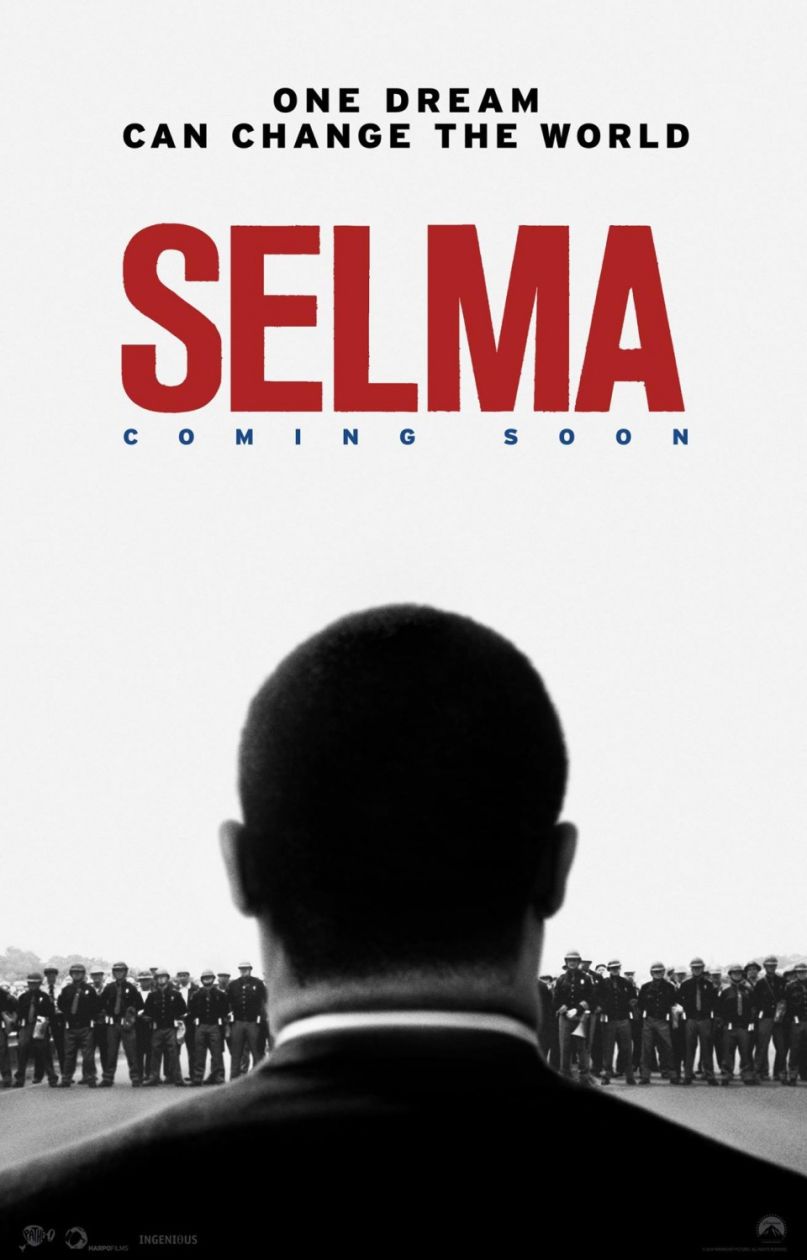 We meet Martin Luther King, Jr. in 1964, moments before his acceptance of the Nobel Peace Prize in Oslo. He’s practicing, reciting key phrases in the mirror, working on his ascot. The speech is done, he’ll deliver it with his typical Baptist fervor, it’s the ascot he’s concerned about. He doesn’t want to look overly sophisticated, or above his cause. His wife Coretta (Carmen Ejogo) is there, assuring him he’ll be fine. King is fully aware of the power of his words, his presence, and we immediately become fascinated by this man’s thoughtfulness of presence. He has to be self-conscious, especially if he’s an audible figurehead amidst one of the most racially contentious and frankly quite scary watershed moments in America.

Jump to his failed initial talks with President Lyndon Johnson (Tom Wilkinson, in a strikingly unattractive performance). King wants voting rights, and an affirmative push against backwoods garbage policies that restrict blacks from voting. Johnson hears these complaints, and yet he assumes his signing of the Civil Rights Act of ’64 should have sufficed for King, and it’s just not the right time for more race issues. King must act, and in that moment, he sets in motion what would become a peak moment in his career — the epic 1965 march from Selma, Alabama to the state’s capital in Montgomery. The entire account will leave your heart outside your chest.

Selma is a passionate and utterly important historical recounting, unimpeachable for its modern relevancy, and moving in its cinematic telling. It’s an important work, not just about the civil rights movement, but about televisual communications and what it means to be black in America. Selma isn’t a blustery Hollywood history lesson (despite collages, literal sermonizing, and some of the biggest blowhard Southern caricatures you’ll find on screen). It’s a balance between emotional remembrance and startling fact. The film’s tabbed by actual FBI documents that placed King and others during the march. It gives the film credibility, while frighteningly reminding that King, a peacemaker, was under surveillance as a rabble-rouser.

The film was made on an estimated $20 million dollar budget, and it often feels small in scale. It’s a film built on people talking to and challenging one another in rooms. Director Ava DuVernay has a phenomenal understanding of how people communicate and understand one another, or sometimes fail to understand. This actually serves to contrast and empower the big moments, the “historical epic” scenes. DuVernay does not hold back either. When she stages the crossing of the Edmund Pettus Bridge by protestors, riots and police brutality in the streets of Selma, and even the horrifying 1963 church bombing in Birmingham, she does it with unflinching intensity and sentimentality. She sees the needlessness of violence, of racism, and in Selma’s finest moments, we reach meaningful and touching moments of understanding.

All of this is made possible by DuVernay’s strong choices. She frames the movie with golden and often gritty, vintage, shallow focus photography. There’s a jazzy score by Jason Moran that’s both miniscule and classically big. And DuVernay populates Selma with an enthusiastic and intelligent cast that gives humanity to the entire event.

On casting: David Oyelowo. Learn that name, because this is one of those roles that make brand names out of interesting new talents. Oyelowo plays the good Dr. King with deep emotional strife and a tactician’s patience and somber attitude. He resembles King, not just in the roundness of face, but in the eloquence of speaking. Oyelowo has a deep voice, yet an intensely introspective physical presence. Oyelowo embodies King as a hero, and a persistent force to be reckoned with. But, best of all, Oyelowo makes King human, a man, trying to do what’s right.

It’s disturbing to realize that Selma arrives amidst a year marked by deafening news of police violence, still existent racial tension, and a reasonably cynical society so frustrated with the justice system. While watching numerous African Americans get horsewhipped and pummeled with billy clubs by cops, the mind easily, tragically links what they’re seeing to Ferguson, and “I can’t breathe.” It’s harrowing, and anger can be purifying, even assuring, and this film taps into those emotions very often.

Yet, Selma isn’t a work of defeating foresight.

Selma presents a 50-year-old story about the strife and subjugation of blacks with a goal of instilling a more knowledgeable grasp of hope. The film realizes that however frustrating it is, progress is slow and it requires great intelligence, patience, strategy, and, at its worst, blood. The parallels between 1965 and 2014 may be heartbreaking, but there’s always time to reflect, learn, and even act.