In Photos: Anamanaguchi at Washington, D.C.’s U Street Music Hall (1/14) 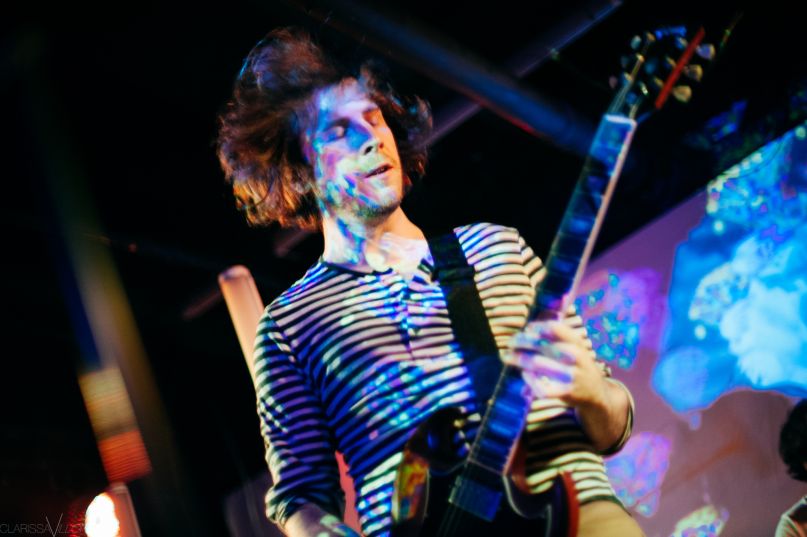 Anamanaguchi played U Street Music Hall in Washington, D.C. with Maxo and Basscamp on Wednesday night. The crowd talked over Basscamp — having no idea he was DJing at the back — about MAG Fest and that whole line of nerdom and supposed mosh pits.

Everyone in the crowd seemingly loved Maxo’s performance. A decent number of the crowd screamed what had to be some inside MAG Fest joke. The teenage girls next to me had a great time doing strange, white-girl, grinding dance moves. The crowd cheered after every song. I didn’t understand the performance, though. The beats were too off, and it didn’t seem thought out. It’s not my cup of tea, and I wasn’t part of this circle. I accepted it and waited for Anamanaguchi to take the stage.

Unfortunately, Anamanaguchi’s set ultimately left me unsatisfied. They played the songs great. Don’t get me wrong; it’s not like it was a bad performance. It just wasn’t anything special. Maybe I’ve just been spoiled by better performances by other artists, but there wasn’t anything memorable. A projection of video games and pizza over them while they played the songs wasn’t anything special. It was as if they were just running through their albums with little energy. Luckily, the crowd provided an energy of their own during this good, but not memorable performance at U Street Music Hall.