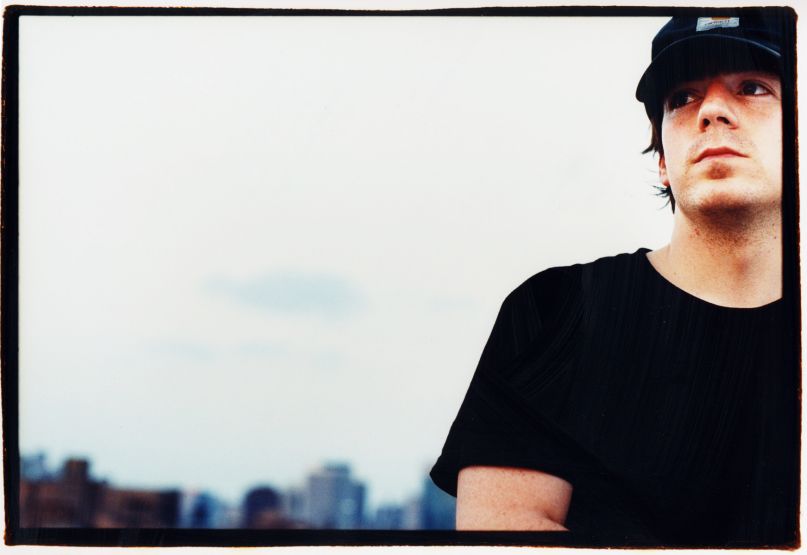 Following Jason Molina’s tragic death in 2013, record label Secretly Canadian has been periodically sharing rare demos and unreleased tracks from the prolific folk songwriter. Today, the label has unveiled another long-lost offering in “September 11, 2001”, a melancholy ballad recorded on the same day as those horrific terrorist attacks in New York and Washington. DC Joining Molina on the 11-minute track are Bonnie ‘Prince’ Billy’s Will Oldham and Alasdair Roberts, who contribute piano and dulcimer, respectively.

On “September 11, 2001”, Molina’s voice sounds as haunting and enveloping as ever, filling up all of the empty spaces in this especially sparse arrangement. As he does with most early cuts from Songs: Ohia, Molina takes his time to let the song develop, slowly using repetition and gently rising dynamics to expand each musical concept and strand of emotion. Listen in below.

In a statement, Roberts reveals the full story behind the song:

The late Jason Molina and I had met a few times in England (when Jason was studying for a period in London) and in Scotland (Glasgow, where I lived then as now), after being introduced to one another by Will Oldham in late 1995. The recording session by Jason, Will, Will’s brother Paul and me was Jason’s idea originally. The prospect of working together with these musicians whose work I admired, and who were also cool people, was very exciting; so that’s how I found myself in Paul’s Kentucky farmhouse that historic weekend in 2001.

Of course, what made that weekend historic was certainly not this humble meeting of musical minds; rather, it was the fact that it coincided with the unanticipated and awful events of the September 11th 2001 terrorist attacks and the collapse of the World Trade Center. I am convinced that my memory of that period has been heightened by this coincidence; I have a strong recollection of Jason, Will, Paul and me recording on the evening of 10th September. I remember the warm southern evening sunshine (a particular delight for one accustomed to Scottish autumn weather), streaming through the window and infusing everything in the room with a kind of preternatural glow, as we recorded a version of Owen Hand’s wonderful song ‘My Donal.’ Will was playing a Nord synth and singing, Paul was on drums, Jason played bass guitar and I was playing Paul’s bright blue Telecaster. I remember walking by the barns that evening and seeing row upon row of tobacco drying, shining golden and lovely in the twilight. But none of us was to know that that would be, in some sense, the last twilight of an old world.

Jason woke me at about 10am the following morning with the words: ‘Ali, you should come downstairs. Something really bad is happening.’ My initial thought was that perhaps someone in the household had been injured or had fallen seriously ill. And so I went downstairs to confront the new global reality. Most of the rest of the day was spent watching the television news in numbed disbelief; in the evening we dined and talked together with some other members of the Oldham family. And then it seemed that the only thing to do was to carry on as normal – to pour ourselves a large Highland Park each and to make rock and roll, like we were born to do. So that’s how this piece of music came about – it was a spontaneous response from Jason’s soul to the unimaginably terrible events of that day, and it was one in which he invited Will (on piano), Paul (on Nord synth), me (on bowed mountain dulcimer) and every listener to cast their own offering.