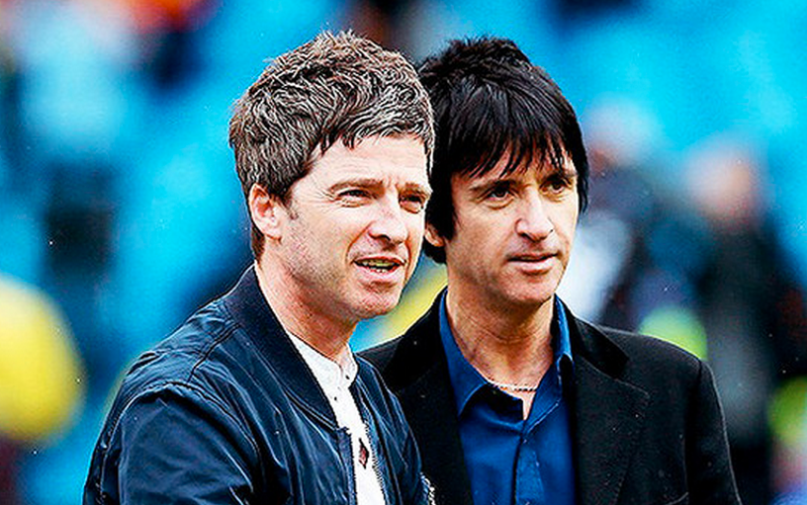 Noel Gallagher and Johnny Marr have an eerily similar career trajectory: They both came out of Manchester, England as guitarists of genre-bursting alt rock bands (Gallagher of Oasis, Marr of The Smiths), whose reign ended prematurely thanks to creative differences with egomaniac lead singers. The pair previously teamed up on-stage last October, paving the way for a studio collaboration on Gallagher’s latest solo album, Chasing Yesterday.

Entitled “Ballad of the Mighty I”, Gallagher describes his collaboration with Marr as “one of the best songs I’ve ever written.” He adds, “I tried to get [Marr] to play on the last album but it never happened. So when I put this track together and knew he would be perfect for it I called him and asked if I could send him the rough mix. He said: ‘No, I don’t want to hear it. I’m just going to react to it on the day.’ He didn’t even want any pointers. Well, that was brave of him. He just arrived with two guitars and a bag of effects pedals. And I have to say, he’s unbelievable. He’s way up there, on another level to the rest of us. The result is a burst of energy that helped make ‘Mighty I’ one of the best songs I’ve ever written.”

Watch the song’s accompanying music video (which sadly lacks a physical appearance from Marr) below.

Chasing Yesterday, the sophomore album from Noel Gallagher’s High Flying Birds, arrives March 2nd via Sour Mash Records. “Ballad of the Mighty I” is preceded by the album’s lead single, “In the Heat of the Moment”.