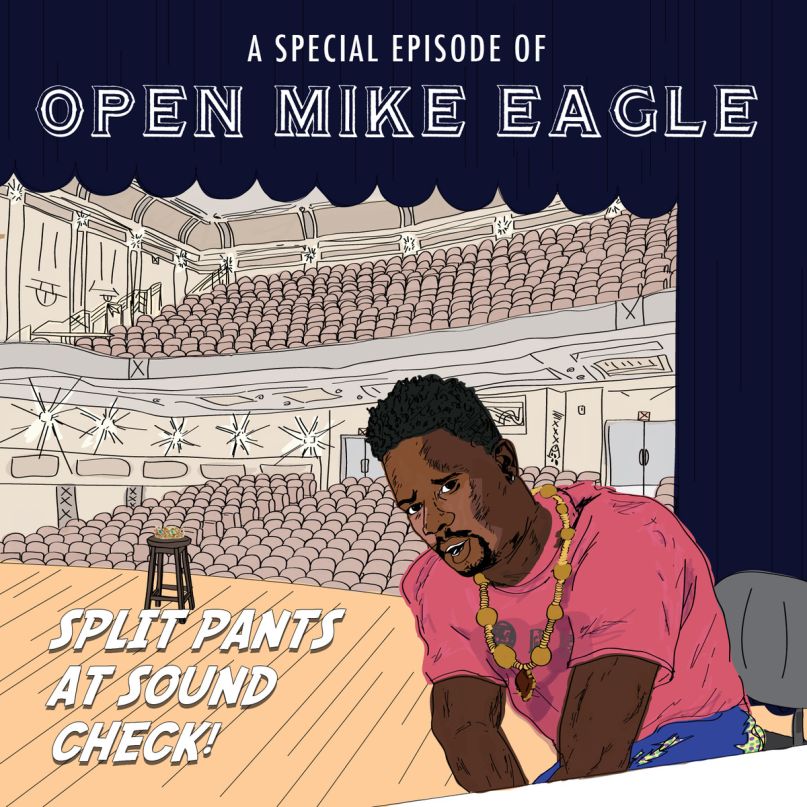 Rap eccentric Open Mike Eagle summed up his sensibilities on his 2014 single “Dark Comedy Morning Show”, revealing, “For those who haven’t heard of me/ I’m bad at sarcasm so I work in absurdity.” The accompanying album, Dark Comedy, expanded upon that left-of-center approach, succeeding on the strength of his weirdo anxieties, off-the-wall humor, and scatterbrained pop culture references. On February 3rd, he’ll offer the record’s follow-up, a new six-track EP called A Special Episode Of.

Today, Open Mike is previewing the EP with “Raps For When It’s Just You And The Abyss”. Produced by Lo-Phi, who provides a simple soul beat, the song finds Eagle referencing the positive press he’s received, rhyming, “Was pretty geeked about my LA Weekly feature/ I showed it to my dad, my barber, and my piano teacher.” If you listen closely, you’ll recognize that a reworking of Broken Social Scene’s “Anthems For A Seventeen Year-Old Girl” acts as the song’s chorus. Listen in below.