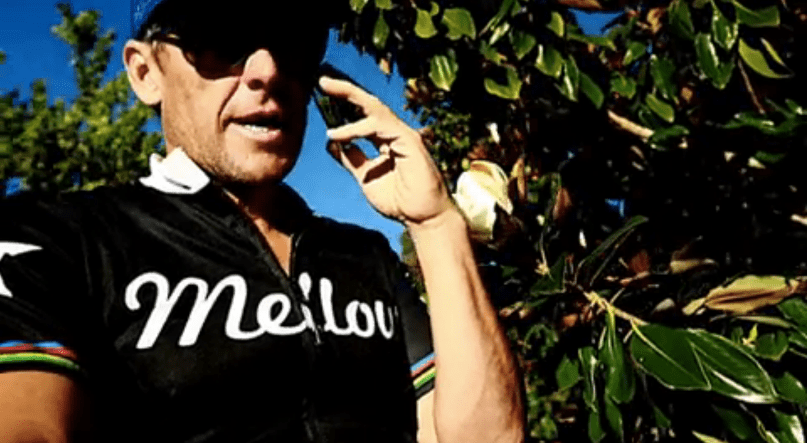 Bassist Tim Commerford has been making brash and controversial statements since his early days in Rage Against The Machine (e.g., that time he climbed scaffolding at the 2000 VMAs, that other time he hung from an American flag during an SNL appearance). His new band Future User continues that defiant streak, and then some.

In September, the electronic rock outfit released the tendentious video for its debut single “Clockwork”, which depicts tennis great John McEnroe getting water boarded. Now, Commerford has unveiled the video for “Mountain Lion”. Featuring seven-time Tour de France champion Lance Armstrong, the video is a commentary on the “the misplaced outrage over performance-enhancing drugs.” (If you recall, Armstrong had his cycling titles revoked in 2012 for various doping offenses.)

In the video, a masked skateboarder shoots up steroids and downs a protein shake before skating around town. As the intense electronic beats boom in the background, the skater makes repeated stops to shoot up again, and again, and again. Near the end of the track, Armstrong appears on his cellphone leaving a voicemail about how “yoked” he is and ends the call with, “Step the fuck off. Lance.”

The voicemail is a reenactment of actual messages Armstrong regularly leaves for Commerford, according to Rolling Stone. The two are apparently cycling buddies and will often trash talk one another via voice messages. Commerford describes Armstrong as “a friend, an awesome person, and, as far as I’m concerned, a punk rocker.” Watch the video below.