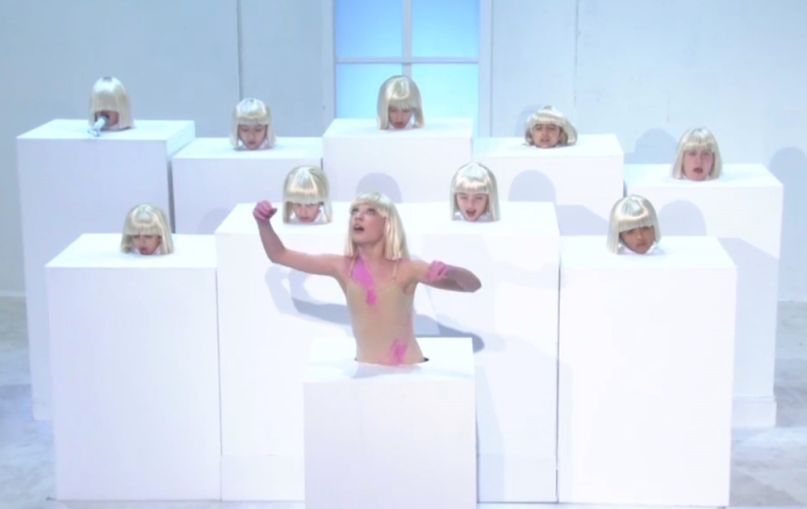 No one celebrates a birthday quite like Ellen DeGeneres. Instead of throwing a little shindig at the local pub, the comedian’s spent this week welcoming big-name stars to her daytime talk show, including both Kanye West and Sam Smith for Thursday’s very eventful episode. Today, she continued the festivities by bringing on the incomparable Sia for a performance of her latest 1000 Forms of Fear single “Elastic Heart”.

Led by exceptional young dancer and resident Sia sidekick Maddie Ziegler, the staging featured a number of “boxed” children donning the pop star’s signature blonde bob. (See if you can spot the real Sia.) Although it wasn’t as stirring as Sia’s recent SNL takeover, and was without Shia LeBeouf and the intense choreography of the single’s accompanying video, the whole affair still managed to be yet another dazzling piece of performance art. Watch it below.

After her “Elastic Heart” performance, Sia announced that she’d be performing at this year’s Grammys, which air February 8th on CBS.