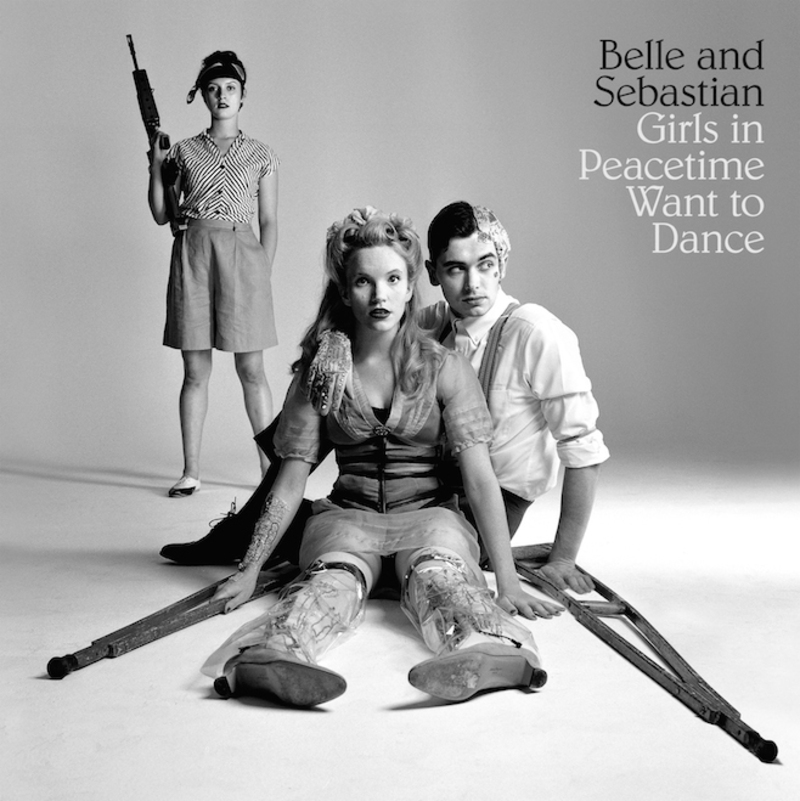 Belle and Sebastian will release their ninth studio album, Girls In Peacetime Want to Dance, on January 20th via Matador Records. In anticipation, it’s streaming in full at NPR.org.

The follow-up to 2010’s Write About Love was recorded alongside producer Ben H. Allen III (Animal Collective, Deerhunter) at Maze Studios in Atlanta, Georgia. The album was then mastered by engineer Frank Arkwright at Abbey Road Studios.

Despite the 12-track effort’s seemingly political title, frontman Stuart Murdoch insists the album is about “what people do when they’ve given up on life and romance,” adding, “But I think I have become more aware of the outside world — you start looking around you a bit more when you’re older. I was interested in similar characters, but perhaps considering how the political world affects them.”

Girls is preceded by two singles, “The Party Line” and “Nobody’s Empire”. The video for the former is streaming below. Pre-orders for the album are ongoing.