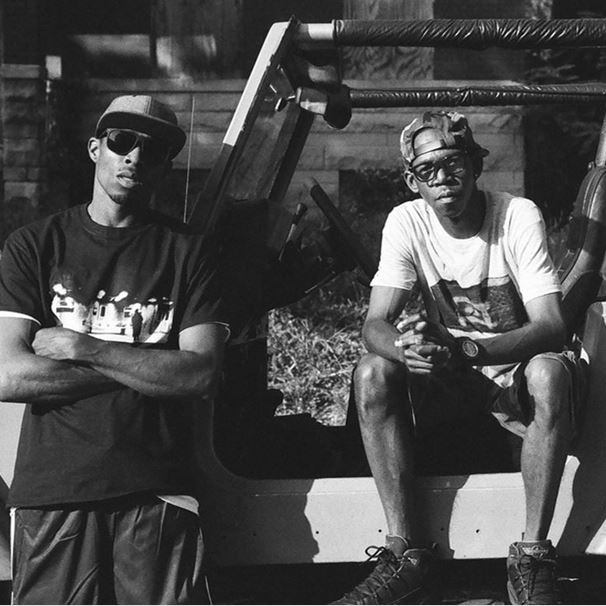 Bookmark and follow our exclusive coverage of Sundance Film Festival 2015.

It’s through an NPR-style “man on the street” interview series that we meet Louis (George Sample III) at the beginning of Cronies. An unseen interviewer, Larnell (Michael Larnell, the film’s director), is going around St. Louis on a hot, hazy summer day, interviewing a number of residents about some sort of incident that took place when Louis and his friend Jack (Zurich Buckner) were kids. For much of Cronies, it’s unclear what went down, but that’s not important right away. In the here and now, Louis and Jack are still friends, albeit tentative ones. Louis has a daughter he adores, a girlfriend he cares about (even as he undersells it), and a promising job at a car dealership. Jack, on the other hand, is still living life by his own rules, smoking weed, and chugging lean to pass the time.

For a film where not much ultimately happens, per se, Cronies is a thoughtful reflection on nostalgia and how the sins of the past affect the present. But really, it’s about Louis and Jack, and also Louis’ dorky white friend Andrew (Brian Kowalski), who’s into hip-hop, girls, and punctuating nearly all of his sentences with “bro.” Jack bristles at Andrew’s presence to a point, convinced that he’s the kind of friend Louis wants to make instead of him, but they share common interests in marijuana and slackerdom, and it’s enough to slowly but surely bring them to a place of mutual tolerance, at least. Over the course of one day and night, the three roll around, to dice games and parties and bodegas, trying to get high and get paid and maybe, just maybe, bury whatever hatchets may exist between them.

All of this is chronicled by Larnell, who interviews them about their lives and exactly what it is they’re all doing together. Little details are called into question during the interviews, from Andrew’s quasi-thug posturing to Jack’s willingness to score prescription drugs for his addled mother, and in this Cronies finds its voice. The film is executive produced by Spike Lee (and funded through his 40 Acres and a Mule imprint), and while Lee’s interests in race relations and the natural rhythms of urban life are shared here, there’s also an ease and humor at work that recalls Friday in its shuffling style. Like that film, Cronies offers the occasional dose of hard reality. Louis’ casual and frequent drug use is due to unmanaged trauma as much as anything, and Jack’s unwillingness to so much as be interviewed without his trademark sunglasses on (“Take me and view me like this”) suggests the kind of pain that runs deep.

As the film slowly unpacks exactly why Louis and Jack have grown apart, it gets at something more poignant than its central mystery. There’s a fierce loyalty at the center of Cronies, which emerges in various ways throughout the film, perhaps best in the late declaration that “It’s hard to find true friends who ride or die for you.” Friendship ends up meaning a lot of different things throughout the film; friends are sounding boards, opponents, accomplices, borderline enemies at times. But it’s friendship, fierce and true all the same. The central trio all deliver pitch-perfect performances: Kowalski is the perfect mix of dopey and genuine, Sample’s stoned inflections betray an ache he doesn’t fully know how to articulate, and Buckner stands out in particular as a hard-living kid who knows that his way of life isn’t sustainable, but hasn’t yet found a better one.

Shot almost completely in black and white, Cronies also features a striking sense of place. This St. Louis isn’t the one most news outlets have aggressively shown off in recent months, the land of chaos and discontent and violence, but a place where people live just like anywhere else, usually preoccupied with their own everyday struggles. Cronies is funny and moving in equal doses, a humane film about a handful of guys just trying to get by on the hands they’ve been dealt by life. A few lessons are learned, but they may or may not last. At the end of the day (or, more accurately, the start of the next one), they’re a little less sober and a little bit wiser, and sometimes that’s enough.