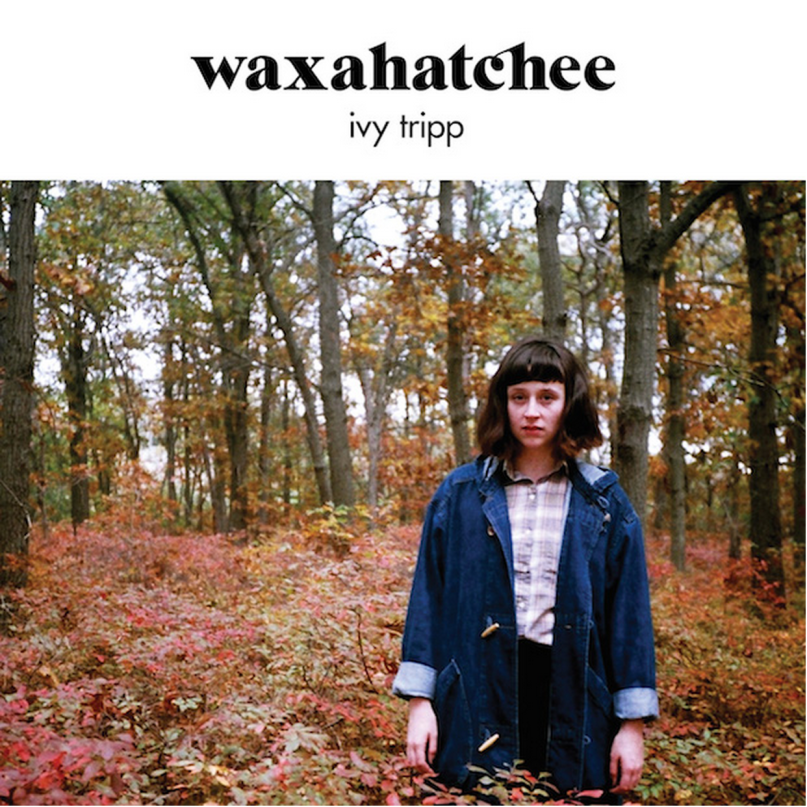 On April 7th, Katie Crutchfield, aka Waxahatchee, will make her major label debut with Merge Records. Ivy Tripp marks Crutchfield’s third album to date and follow-up to 2013’s excellent Cerulean Salt. The new LP was co-produced by Crutchfield along with Kyle Gilbride and Keith Spencer (Swearin’).

In a statement, Crutchfield explains the title refers to “a term I made up for directionless-ness, specifically of the 20-something, 30-something, 40-something of today, lacking regard for the complaisant life path of our parents and grandparents.”

“My life has changed a lot in the last two years, and it’s been hard for me to process my feelings other than by writing songs,” she continues. “A running theme [of Ivy Tripp] is steadying yourself on shaky ground and reminding yourself that you have control in situations that seem overwhelming … or just being cognizant in moments of deep confusion or sadness, and learning to really feel emotions and to grow from that…”

As a first preview of the LP, she’s shared “Air”. It features all the winning ingredients of a Waxahatchee song: a subtle, slow-building composition, winsomely heartfelt lyrics, and a passionate and sincere vocal performance from Crutchfield. Listen in below.

Beginning January 26th, Crutchfield will embark on an extensive world tour that stretches through mid-May. Her touring band will feature her sister Allison (of the band Swearin’ and the sisters’ former project P.S. Eliot). Dates are below.