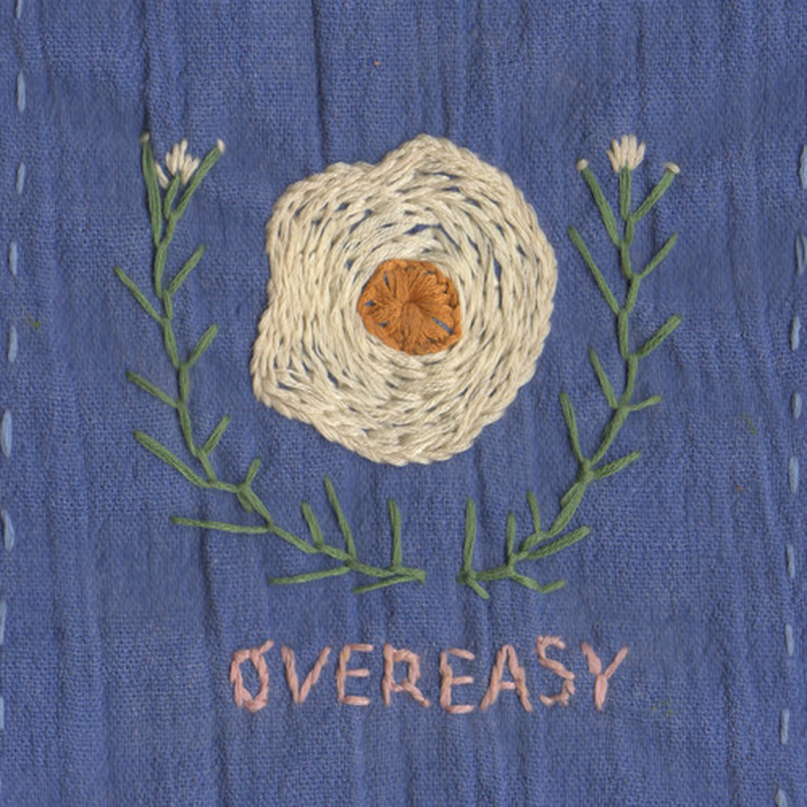 The music Alex Luciano and Noah Bowman make together as Diet Cig would be easy to call twee if only they could stop themselves from getting gross about it. Luciano has that light, lilting voice of the schoolgirl-core ’80s, the pre-Nirvana Vaselines, but then she uses it to sing about snot and shit and eating in her underwear. She breaks from it to scream, “Will you still watch the The Simpsons on my floor/ Pretend it’s 1994?”

I like what these two call themselves: “Diet Cig” sounds like a vaping rig or a Marlboro ultra light, maybe, but it also turns “diet coke” into a low-calorie cocaine. It’s trashy and fun, a little nonsensical. I like where they’re from: not New York City, but New Paltz, New York, just outside of Poughkeepsie, way north of the city. It sounds like a daytime TV town — a diet NYC.

None of this is to knock Diet Cig, because on the band’s debut EP, Over Easy, Luciano fixes the Brooklyn cool kids and their hand-rolled smokes in her crosshairs. She sings from a place of confident alienation; she’s over your band, your DIY space, your scene, and she just wants to dance about it. Bowman keeps the beats loose and simple behind her, prodding the songs into tempo changes right as Luciano snaps from her drawl to that scream. “Come on, take my hand/ Fuck all your romance/ I just wanna dance,” Luciano sings on the 10-minute release’s centerpiece, “Scene Sick”. It really is as easy and unpretentious as that.

Diet Cig isn’t here for the big revelations, the musical profundities. They deal in the simple things, like flipping off Ivy League jerks or settling into your very first apartment even though you don’t own furniture yet. But the language they speak between themselves makes Over Easy a warm introduction to a band that could be your new best friend.