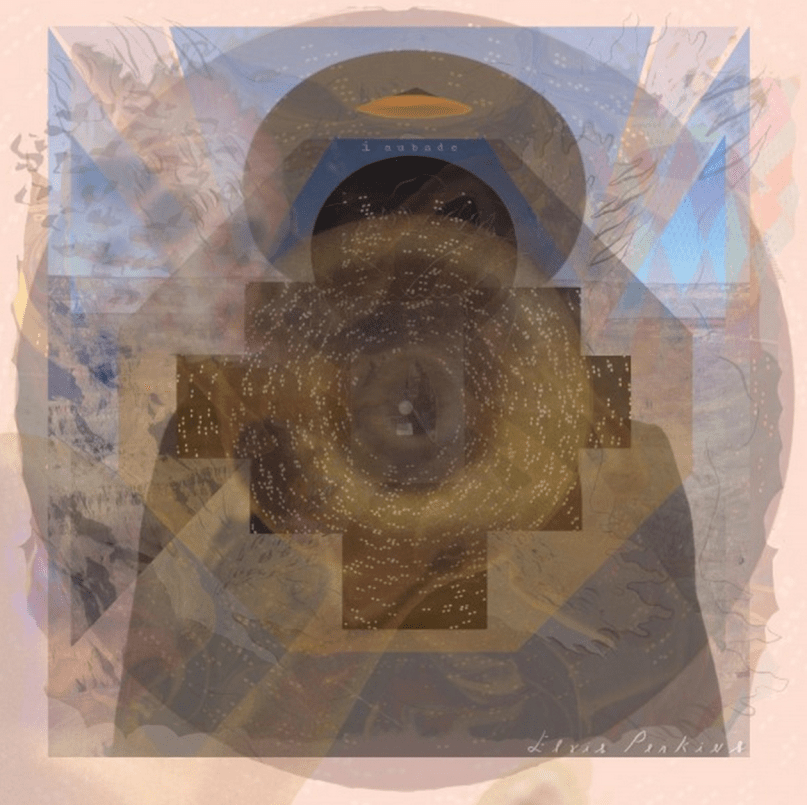 Elvis Perkins has never made things easy. Buried under songcraft still and deep, and secreted within labyrinthine lyrics, lay a treasure of insights proffered by a bruised but luminous soul. Perkins is a preternaturally gifted writer capable of the rhythmic and visual precision of poetry, instinctively wrapping those sentiments in melodies that match his unique, plaintive voice. The price for this gift is a level of patience and care that artists rarely request and audiences rarely return. On his third LP, I Aubade, Perkins again reveals his gentle, vulnerable self, but in strategic error obscures it behind a mush of production and structure specifically suited to hiding, rather than elevating and exposing his strengths.

Perkins slouched onto the scene in 2007 with the dense but beautiful Ash Wednesday. It opened with the stunning “While You Were Sleeping”, still his best-known song, and ended with the halting and mournful “Good Friday”. The space between tracked Perkins’ dangerous emotional state as he ruminated on life, love, and death, all framed within the tragic loss of his mother in the 9/11 attacks (and his father, actor Anthony Perkins, nearly a decade prior). His follow-up, Elvis Perkins in Dearland (2009), featured the titular band in a comparatively rollicking set of Americana-influenced numbers. Perkins maintained much of the literate depth of his debut, but found an avenue for expression in up-tempo, multi-instrumental bombast. On the cresting wave of these well-received releases, he suddenly went quiet, re-emerging nearly six years later with the perplexing I Aubade.

[Interview: Elvis Perkins and the Rewards of Patience]

Aubade is the literary term for a poem “sung” in the morning. The word’s root describes lovers separating at dawn, conveying the mix of fleeting desire and lingering sorrow that attends such parting. Twentieth century aubades opened up the nature of that parting, often finding a mournful subject for early morning philosophizing. In Perkins’ contemporary version, it is difficult to identify a single subject or unifying purpose to this collection of songs. The edges of every track are dulled by the lo-fi, four-track buzz of their recording. The imagery-rich lyrics rise occasionally with startling clarity, but their purpose is too often buried and inscrutable beneath the raw production.

On “Hogus Pogus”, Perkins affects a wry smirk as he playfully describes a new outlook on life following heart surgery. His tone is (relatively) bright, which helps push the melody to the front of the mix, lending much-needed energy to the content. The album is at its most fun following his twisting rhymes as he associates his new perspective within porcine parameters: “See, I was once pigheaded/ Now I love to be petted/ In the mud to be bedded by thee.”

Where an energetic tone lifts “Hogus Pogus”, its absence sinks lead single “I Came for Fire”. The melody flirts with being recognizable, but has a contrary relationship with a thudding bass core. The opposed twist and feint, relentlessly bending to unnatural whimsy. The result is uncanny, the comfort of a Delta blues progression twisted inside out and exposed.

Interesting arrangements and instrument choices populate the record, including strummed harp, flute solos, field recordings, and backup singers. These arrangements work best on “& Eveline”, which features a fluttering string section and lovely female harmony. But too often the arrangements don’t add intriguing layers and instead blend into a distracting buzz.

In the end, Perkins is hoisted with his own petard. On Ash Wednesday and Elvis Perkins in Dearland, the production is light and clear, letting Perkins’ unique talents take center stage. This new, raw sound provides a deeper sense of intimacy, as if we were privy to a close friend’s home recordings, or an unknown classic from a distant past had been uncovered. Beyond its unusual nature, the four-track sound works to hide Perkins’ strengths. Perhaps treasures will be revealed when we apply the deep, close attention Perkins requests. But not enough breadcrumbs are strewn along the path to encourage the search.