Gang of Four – What Happens Next 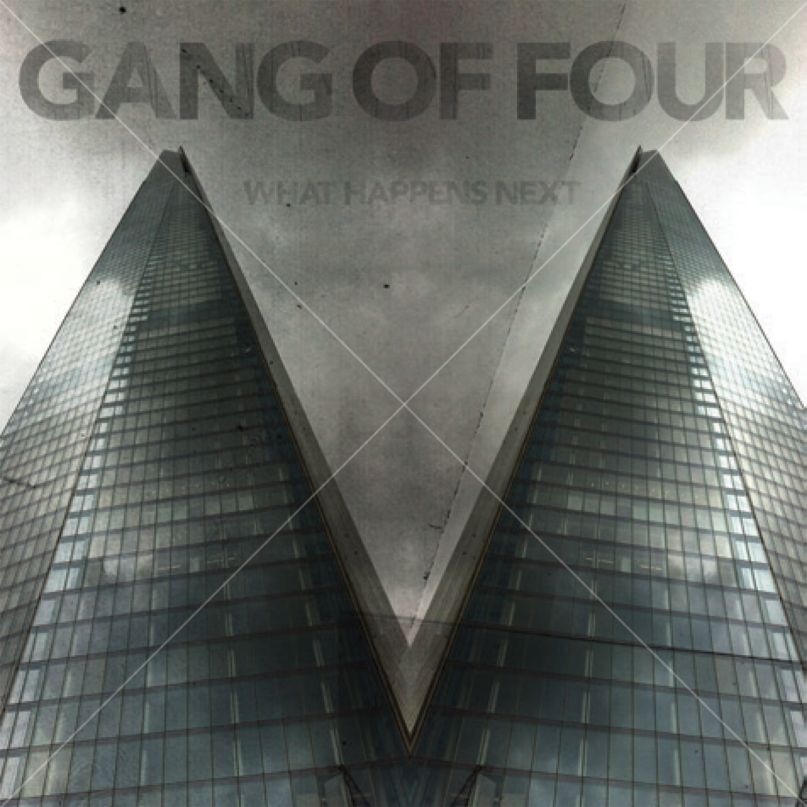 Upon first listen to What Happens Next, what struck me most was the lack of specificity regarding its politics. But after going back and revisiting Gang of Four’s discography, I realized they have never been all that specific in their criticisms of consumerism, warfare, and conformity in general. Rather than offer solutions or form any sort of fine-tuned narrative, their lyrics have always been more rooted in the anxiety that stems from the great human rat race, not actually breaking down the race itself. And yet, songs like “Damaged Goods” and “Anthrax” still feel like effective calls-to-arms because of their nervous, powerful charge. If Go4’s phrases weren’t politically specific, their energy sure was.

Naturally, such an energetic band is at their best when the songs arrive in a tightly packaged groove, and What Happens Next is their least groovy album. That’s not entirely a bad thing. Slowing down the rhythm and handing the vocal reins from Jon King — who left the band in 2012 after Content — to John “Gaoler” Sterry is sonically adventurous territory for Go4. But the shift also further highlights the histrionic vagueness of the lyrics, a vagueness that saps that aforementioned energy out of several songs and renders any kind of political message ineffective.

Much of this has to do with Sterry’s voice. Unlike King, who had a bark that conveyed more urgency than dread, Go4’s new lead singer shrouds every word that passes his lips in ominous drama. The first line of medium-paced opener “Where the Nightingale Sings” reads “Turn your back on London’s bitter pride/ In melancholic isolation.” It’s a lyric already loaded with clunky doom and gloom on paper, but Sterry slathers it in even more despair, going the extra mile to let you know just how sinister the current state of his band’s native country is. Of course, by doing so, the song ends up not sounding sinister at all, just over the top. A similar thing happens in “Obey the Ghost”, when Andy Gill, the group’s sole original member, goes full-on ’90s industrial with his guitar while Sterry wails about how addicted we are to Facebook. It feels tired when any artist so blatantly criticizes social media in a song, regardless of their age (it was just as lame when young bucks Parquet Courts did it), especially when your own Facebook page has over 67,000 likes and counting.

The album does hit a danceable stride early on with three of its songs, two of which are driven by The Kills’ Alison Mosshart. And while the lyrics to “Broken Talk” aren’t much better than the rest of the record (“Redeemer of coupons in a lonely mall” — yeah, we get it, capitalism’s a drag), Mosshart’s sections blend in with Gill’s infectiously chromatic repetition instead of overpowering it, adding a bit of mystery to the subject matter. “England’s in My Bones” benefits from this formula as well, and “Isle of Dogs”, like many of the Gang’s best songs, gains momentum by relying primarily on the bass line for its melody. But the album dips into melancholic posturing once more with “The Dying Rays” thanks to its guest vocal by German superstar Herbert Grönemeyer, whose pipes here are shadowed by even more dark nights of the soul than Sterry’s. “Nothing to lose that’s not been lost,” he croons ever so seriously. He may as well be in a castle, sitting on the cold stones of a windowsill and pouring his heart out to the moon. Gang of Four have always been emotional in their own way, but when the emotions are broadcast so loudly, they drown out the anxiety. They drown out the energy.