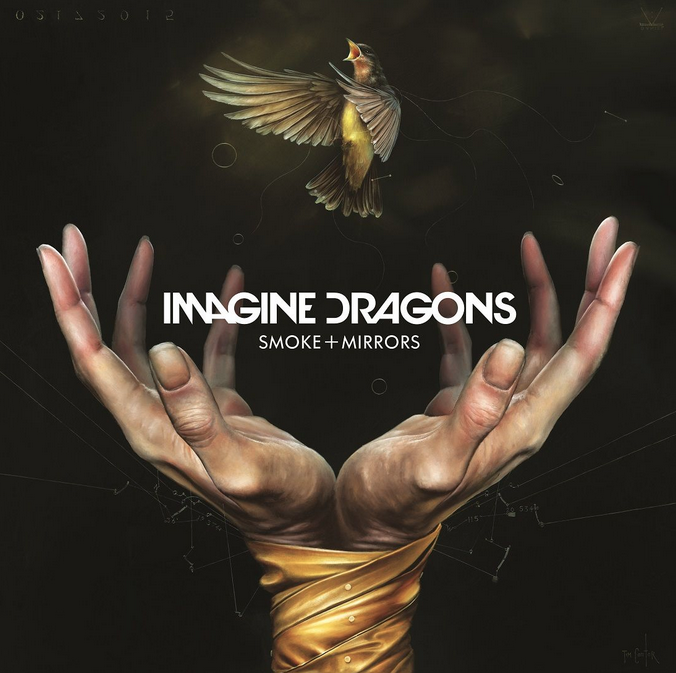 When Target spent $8 million to buy out an entire commercial break during the 2015 Grammys, it tapped Imagine Dragons to perform new single “Shots” in its entirety. The national retailer was right to bank on the Las Vegas band as the lynchpin of its #MoreMusic campaign. Like The Killers before them, Imagine Dragons possess a certain flair for spectacle that has led to sold-out performances around the world, each of which has had more in common with the Fountains of Bellagio than your average rock ‘n’ roll show. Throw in music that’s heavy on anthemic sing-alongs and practically devoid of anything that could possibly be construed as offensive, and you get what amounts to a wet dream for Target’s marketing department, seeking to court an audience that perceives itself as edgy and alternative without being either of those things.

Imagine Dragons are the quintessence of what passes for “alternative” in today’s music culture, which is either a good or an alarming thing, depending on whether you’re trying to use their music to sell something. With 2012’s Night Visions, the band proved that a record could be wildly successful without depending on sex, drugs, or other unseemly content to attract attention. All you had to do was brew a noncommittal concoction of rock and hip-hop, sprinkle in some cutesy production flourishes like the mandolin on “It’s Time”, and then drown the whole thing in rousing choruses. It seems the defining feature of modern alternative (aside from goddamn handclaps in goddamn everything) is the notion that every little feeling is worthy of a soaring anthem. If Mumford & Sons were an actual family business, they’d specialize in forging blunt hammers with which to bludgeon subtlety.

Perhaps we shouldn’t be so hard on Imagine Dragons, who merely succeeded in out-Mumfords-ing Mumford & Sons. “I Bet My Life”, the lead single off new album Smoke + Mirrors, is a triumphant song that bears all the traces of the new alternative formula. It was destined to be a hit long before it actually became one. “I know I took the path that you would never want for me,” sings frontman Dan Reynolds in the first verse, manufacturing an air of regret just thick enough for the chorus to curb-stomp you into submission. It’s a song about high stakes that’s executed with the lowest stakes possible, so it’s guaranteed to plague rock radio for the next 10 months.

Both of the singles released in the wake of “I Bet My Life”, the aforementioned “Shots”, and the soulful, slightly sinister “Gold”, fare better. “Shots” showcases Reynolds’ impressive vocal range, and his tender falsetto in the pre-chorus is among the album’s most memorable moments. Reynolds allegedly wrote and recorded much of Smoke + Mirrors in hotel rooms on his band’s recent world tour, and you can actually imagine him singing the downtrodden lines “Oh, I’m gonna mess this up/ Oh, this is just my luck” in hushed tones so as not to wake his neighbors. Couple that with Daniel Wayne Sermon’s delay-ridden guitar (a blatant ripoff of U2’s The Edge, but at least that’s a reference the kids won’t know), and we’re left with a perfectly pleasant earworm.

“Gold” is another serviceable hit that could have been so much more if it had just followed through on the promise of its opening five seconds, which feature a jarring rhythm that wouldn’t sound out of place in Kanye West’s repository of top-notch beats. This gives way to a whistled hook and a huge chorus clearly inspired by top 40 hip-hop, but it works nonetheless.

The frustrating thing about Smoke + Mirrors is the way it hints at playfully subversive elements but never quite delivers on them. The album’s press release gushes about how the band has expanded their sound by incorporating instruments from around the world, and that’s partially true. But all of these accoutrements amount to their own kind of smoke and mirrors, concealing the same pop structures Imagine Dragons have always relied on. Why push against actual boundaries when you can just pick up new instruments and punch out a vaguely Middle Eastern melody (“Friction”) that sounds like Missy Elliott Lite?

Of course, when Imagine Dragons sway too far the other way, they end up with a cheesy rock song like “I’m So Sorry”. Perhaps the lowest point on the album, it’s built around wankerish guitars and ends with a corny-as-hell rock riff played in what sounds like several octaves at once — a primary example of the “more is more” mentality that sends this record spiraling at points.

It’s difficult to completely dismiss Smoke + Mirrors, as these guys definitely have songwriting chops and the talent to execute their vision. Reynolds’ performance is especially commendable, as his alternating high-and-low vocals offer a dynamic that saves tracks such as “Trouble” and the insufferably named “Hopeless Opus” from themselves. The problem lies in their vision, and the fact that it’s either too narrow or too cynical to take seriously. But it’s not as if Imagine Dragons would trade millions of record sales or a massive contract with Target to earn the favor of a few people who think they’re everything that’s wrong with modern alternative music. And maybe it’s not such a shameful thing when a band becomes a brand, but the consumers should at least know what they’re buying.