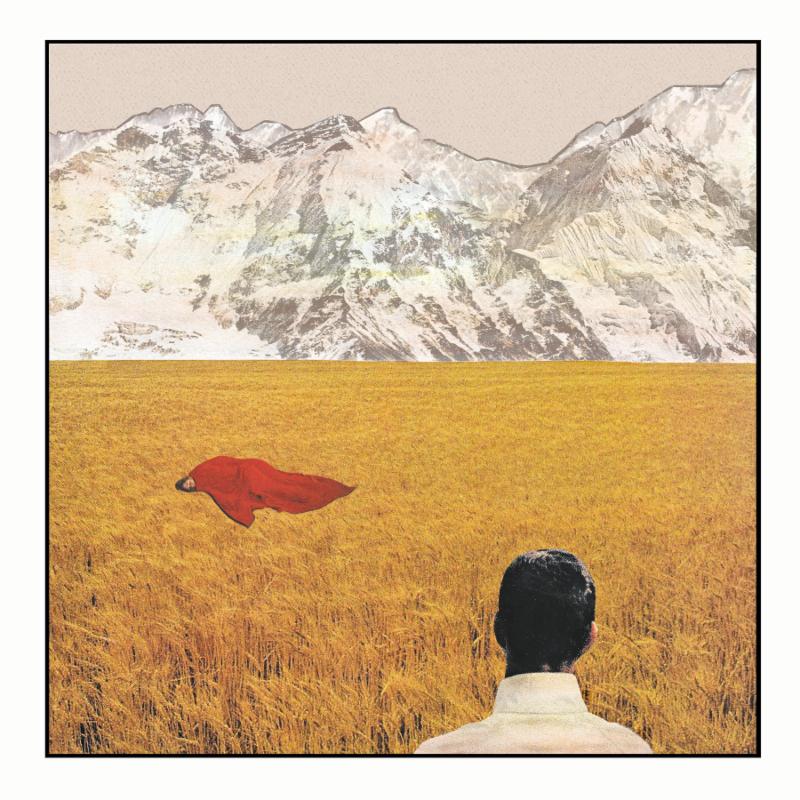 For those who have seen Lady Lamb live, After comes as no surprise. The solo project-turned-band of Maine native Aly Spaltro has been rearing with passionate fervor ever since she released her first homemade CD in 2007. Her powerhouse voice, structural defiance, and, most notably, dialectic penmanship were impossible to ignore. The combination gave her early home recordings the ability to win over audiences, her debut studio album, Ripely Pine, the ability to reorganize with a backing band, and now it gives her sophomore effort, After, the ability to tidy it all up with a primeval self-assurance.

After has undergone revisions. The highly anticipated release sees a twinkle in the eyes of a self-taught multi-instrumentalist whose spirit will never back down. Spaltro was determined to preserve songs until they were ready to stand alone. “Penny Licks”, a lengthy number originally released on her home-recorded Mammoth Swoon LP, sees major changes on After. Burping lo-fi tones are trashed in place of thudding bass that leads toward a horn-filled blast of fireworks. A gleeful guitar solo appears at the end. Drums fill the walls like the exultant blows of a pillow fight. What was once limited from bedroom constraints now explodes with the very potential it was dreaming of.

The album begins with a flirtatious nod of scrappier guitar tones. “Vena Cava” bats its eyelashes coyly over a lackadaisical guitar line. Come the chorus, jangly fuzz blasts over it all. It roars on to “Billions of Eyes”, challenging Spaltro’s lines on the rigors of modern relationships with a curious duel between garage rock and folksy roiling. Apart from 2013’s “Rooftop”, this is the first time Spaltro is trying on pop’s rigid cut. It’s no sycophantic chess move. The blunt change in direction serves as a balance for her later twisted song structure.

“Violet Clementine” begins with bare vocals, letting Spaltro belt out analogies of anxiety and defeat before scratchy banjo plods in. In a matter of minutes, the pace quickens and she’s tumbling forward, a hopping bass line chasing hard before sarcastic vocal harmonies sass it back to its place. References to The Fiery Furnaces and Sufjan Stevens are clear with every time change and destination detour. Adding to the magic is the physical reality of it all‎. Spaltro, who’s petite at best, defies scientific law. She’s a songbird with a bleeding heart and lungs three times too large for her body. When given the chance to break the rules, she will slice them open, slosh homemade jam on either side, and squash it back together. “Violet Clementine” drips with preserves, but its daedal circuitry comes with a handy manual just in case.

Spaltro looks back on innocence with the handpicked lines of a poet laureate. After has no shortage of them. For an artist so clearly connected with aesthetics — After’s cover art can’t decide if vampire blood, blowing fields, or nostalgic hometown goods are its theme — Spaltro pays extra attention to every word that leaves her lips. She details a middle road between Okkervil River’s verbose junkets and Jeff Buckley’s lilted poignancy. With the high school twee of “Milk Duds” and the challenging dares of “Dear Arkansas Daughter”, she’s penning dreams cleverly. There’s bedlam in her brain, and the uproar filters out through a tangle of words and riffs.

Organizing the heart’s mess is intrinsic to Spaltro’s music. Somewhere between her left artery and the curved beginning of the larynx is a hidden grotto. It’s shadowed and damp, buzzing with the reverb of potential. This is where Lady Lamb’s music is formed. This is where it grows. By the time Spaltro lures it out of her mouth and into the air, it’s found a way to preserve the most raw intimacies of the heart without letting the boiling blood turn sour.

Spend five minutes with any art medium and it’s starkly apparent that there are more ways to describe death than there are for the meaning of life. On “Sunday Shoes”, a demure tribute to her sister who passed away, Spaltro recalls her eating dirt in the flowerbed before being eaten herself by wolves. Meanwhile, her mother “wept for the Lord to fill her up like buttermilk pancakes at Sunday brunch.” It’s full of vivid imagery, but her golden line comes in a beautiful patchwork of worn words regarding death: “You will become your most favorite color.” After gentle hands release you from their grasp, after your mother and father weep unabashedly, after the hole has been filled back up with dirt, you turn mustard yellow or sky blue. Like many of her lyrics, it’s a simple line that rings with purity. After has dozens of them. And so Spaltro’s vision of death stings with the comfort of the past, leaving us waxy with the residue of our favorite crayon color, a sign of imploding love finally breaking past skin.

Lady Lamb is a novelty in the flesh. It’s only Spaltro’s second time trying out the loftiness of a studio album, but After pushes her to refine and redesign with grace. The pop construction holding up most of the album may surprise longtime fans. With a closer look, it’s clear Spaltro is still purveying catharsis with a sugary finish. After sees her returning, confidently, to her role as a modern-day pop experimentalist. She’s a motivator, commander, and godmother, wringing out punk on “Batter” and setting a nimble mind in “Spat Out Spit”. So when she closes with the seafaring raucousness of “Atlas”, Spaltro rears upward and onward with dilating eyes, hungry to let her voice rip onstage now that her cleanest work to date is done.