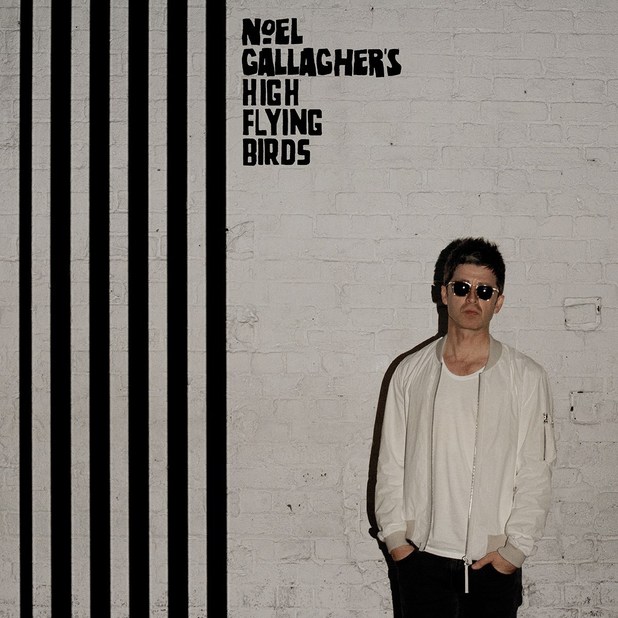 The opening acoustic strums of “Riverman”, right up until Noel Gallagher’s voice eventually slides in, sound suspiciously like the former Oasis songwriter’s most recognizable tune, “Wonderwall”. When asked about the remarkable similarity, Gallagher responded, “To me, it’s just a good song. The end. It’s for other people to decide what it sounds like. I refuse to overthink it … I play what I play. I’m influenced by what I’m influenced by, and that’s it. I’ve accepted my limitations, and I work within those parameters.” It’s a statement that goes a long way toward explaining certain for-instances, such as why the opening of “The Girl with X-Ray Eyes” may remind listeners of a certain presumptuous lady who once tried purchasing a stairway to paradise. Again, to Gallagher, a song is just a song, so he uses what’s at hand — what he knows isn’t broken. Consequently, Chasing Yesterday, the second album from Noel Gallagher’s High Flying Birds, sounds an awful lot like Gallagher’s past efforts, which isn’t a bad thing at all.

Whether we’re talking guitars, lyrical proclamations, or haymakers to siblings, Gallagher remains as bold as ever on Chasing Yesterday, avoiding subtlety and embracing more familiar, dramatic gestures. The forecast here calls for endless stormy weather; women (all saviors) are fleeting; and if Gallagher can crochet enough lyrical cliches together (“The Girl with X-Ray Eyes”), a beam of sunlight just might pierce that grey sky by record’s end. For the most part, it works — like always. When “Lock All the Doors” erupts from a haze of fuzz and tambourine or the percussion crashes loosely beneath Gallagher’s flowing lament on “The Dying of the Light”, nobody should care that we’ve heard it all a million times before. It’s a timeless sound and precisely why we still listen to Gallagher and revisit decades-old Oasis fare.

Not everything here comes out of Oasis for Dummies, though. “The Right Stuff” features silky male-female dueting over smoky swathes of guitar, horns, and percussion, and “Ballad of the Mighty I”, bolstered by Johnny Marr’s guitar work, ends the record on a near-dance-club note. But Gallagher never drifts too far outside his wheelhouse, as his High Flying Birds rip through the rallying standout “You Know We Can’t Go Back”. Nothing about this track will impress your music-theory mates or change your worldview. Like the man said: It’s a good song. Don’t overthink it.

Essential Tracks: “The Dying of the Light”, “You Know We Can’t Go Back”